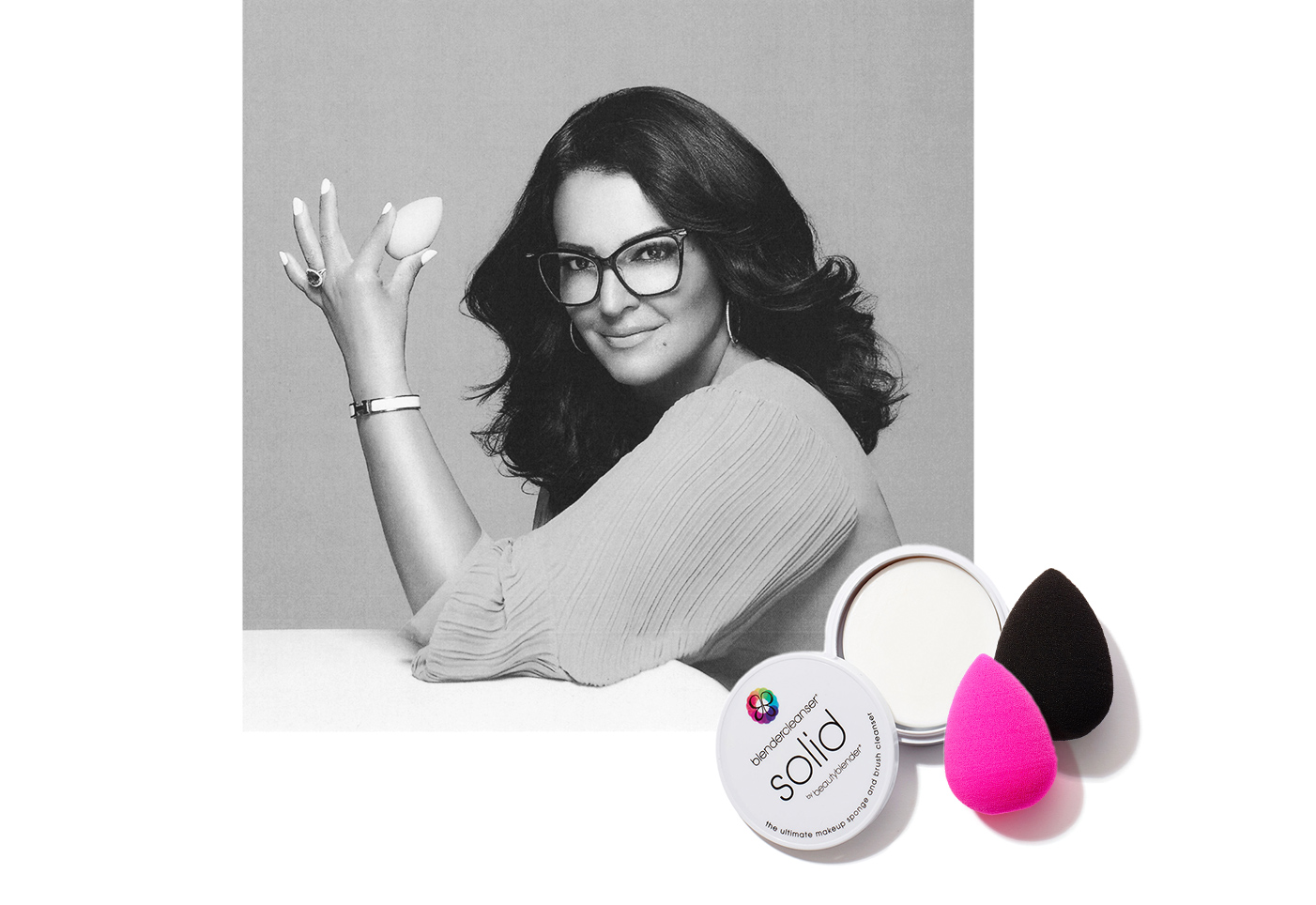 In a new series, VIOLET GREY profiles female beauty entrepreneurs who are considered industry game changers for their individual approach to business. Each one entered the conversation in her own manner and maintained a steady, if not unparalleled, trajectory with her indomitable spirit. Here, we talk to the founder of Beautyblender.

It’s hard to imagine an object as utilitarian as a sponge ever creating enough buzz that it becomes a must-have accessory. The ubiquitous beautyblender broke the mold. Taking a functional tool that had only ever been cut one way—flat with sharp lines—the company’s founder and celebrity makeup artist, Rea Ann Silva, engineered a neon pink egg-shaped design that blends makeup like no other.

Silva had never envisioned a career in makeup artistry, but she learned about technique and application while working at a department store in LA to put herself through fashion school at FIDM. “It was just a fun way to get by,” she says. But one thing led to another, and her side gig evolved into a career as she used her talents in high-profile editorial jobs, films, music videos, and television makeup departments. While working on one of the first high-definition television series in the late 1990s, the concept of a rounded sponge took shape, literally, in Silva’s hands.

The unforgiving HD camera required more finesse from makeup application. “I couldn’t just keep piling 52 layers on these girls with a clunky airbrush machine and have them looking fresh as a daisy at day’s end,” she explains. A friend taught her that dampened sponges were the answer to deftly touching up between takes and creating a sustained no-makeup look, but Silva soon found the wedge-shape sponge—the only type that existed at the time—unsuitable for HD. “You could see every flat sponge stroke when magnified,” she says. “The wedge left lines on the surface of the skin.” In a stroke of genius, Silva cut the corners off the wedge. The new rounded edge sponge enabled her to absorb coagulated oil, push product back into the skin, and create a completely even canvas. She had just found a way for her medium to meet the scrutiny of HD.

As HD grew and peers scrambled to adapt, Silva began creating sponges en masse, handing them out to fellow artists like candy. “Everyone was asking for one, but no one was thinking, ‘I’m going to make these myself.’” The path from prototype to global fame and displays in Sephora and Nordstrom nationwide took six years, a lot of proactivity (she found a distributor by spending weeks scanning the back of sponge packages in drugstores, pre-Google), and persistence. “It felt like an eternity because I had no money, I was working the whole time, and people helped me along the way, but they didn’t take me seriously or prioritize me,” she says. During early product development she told the lab she wanted to make her sponges the hot pink color they had just ignored on a test batch. “No one makes sponges this color,” they told her. “That’s exactly why we’re going to do it,” she said. “People will see it from across the room and wonder what it is.” That was then. Now, people see it from across the room and know exactly what it is.

My bedroom is my sanctuary. It’s peaceful and calming, yet sophisticated.

It’s fluffy and comfortable. I can’t live without my Nurse Jamie Pillow.

I typically get up before the sun rises. My son is a high-school athlete and has to work out in the morning, so I help him start his day. Plus most of my team is on the east coast, so I make sure I’m awake and available for early morning calls and meetings.

Do you set an alarm?

No. For some reason my body has its own alarm clock: I wake up naturally at the same time every day.

I usually have a cup of coffee with creamer in my favorite R mug. I love to sip my morning coffee in my backyard while I watch the sun rise over LA.

Yes, I like to work out after I check my morning emails.

I use my beautyblender regardless of whether I am wearing makeup that day. I use my beautyblender Pure to apply moisturizer and eye cream, and then my pink beautyblender to add a bit of concealer and light foundation. I also cannot live without my blotterazzi—I keep it in my bag and use it throughout the day to touch up and reset whatever makeup I’m wearing.

Half up, half down, pulled ponytail with a small bun.

I start my day taking calls with my New York and Pennsylvania offices where my production and marketing teams are based.

I’ll typically head to the office after my morning workout.