SHARE THIS
THE VIOLET FILES
FILED UNDER
WOMAN MADE

The Lipstick Queen founder tells us why good lip color is a “tool of self-actualization.” 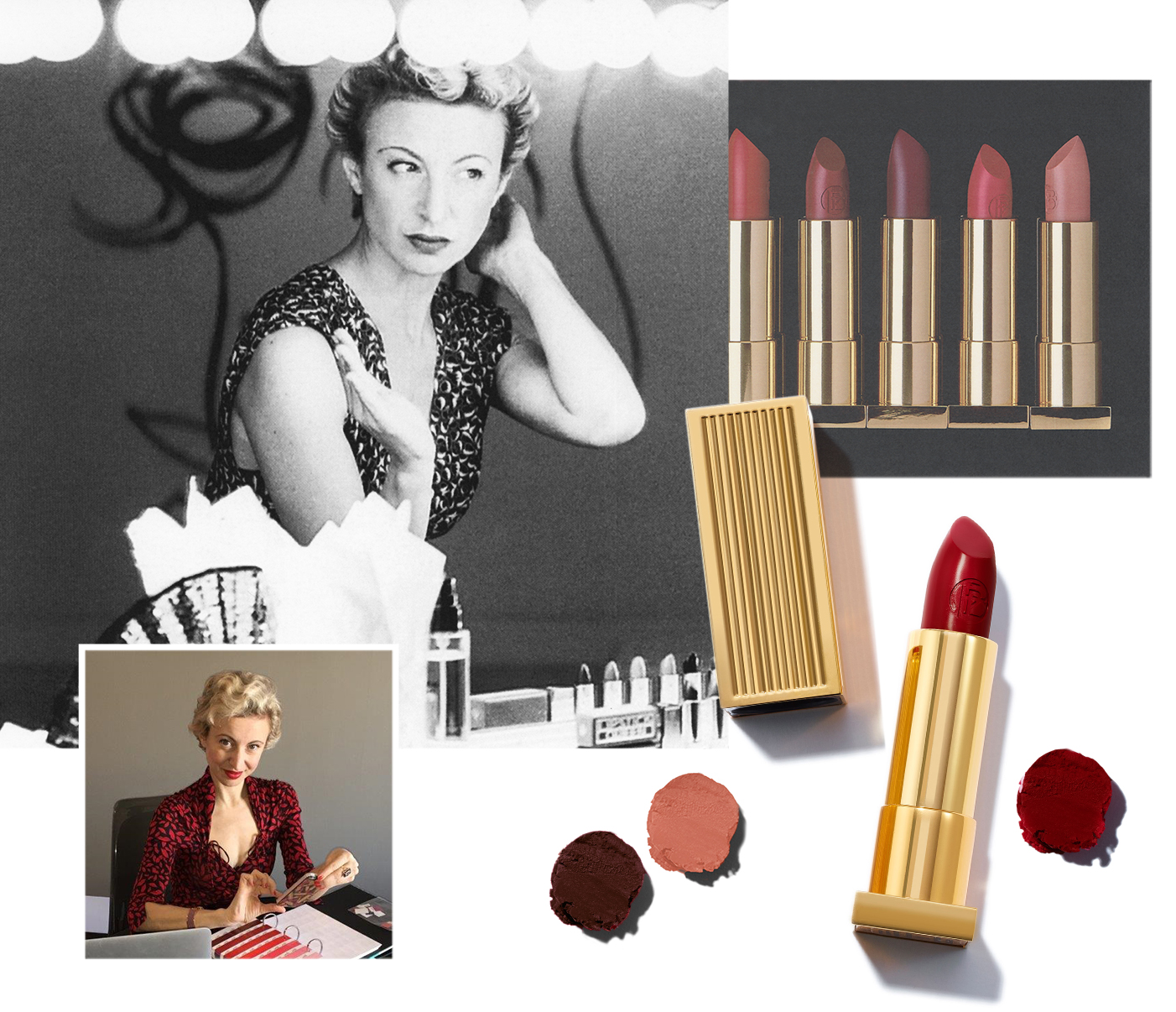 In a new series, VIOLET GREY profiles female beauty entrepreneurs who are considered industry game changers for their individual approach to business. Each one entered the conversation in her own manner and maintained a steady, if not unparalleled, trajectory with her indomitable spirit. Here, we talk to Poppy King, the founder of Lipstick Queen.

As a teenager growing up in Australia, Poppy King, like so many of us, felt awkward about her looks. It was the 1980s, and the makeup explosion (which largely comprised layering overexaggerated bright colors) was huge, but none of it ever felt quite right to her. It was only after she experimented with a look using the deep, rich shades of the 1940s that she found her beauty reference points. Finally, she liked what she saw in the mirror.

King wanted to make this process of self-discovery a little easier for other people, and did so by launching Poppy (her mother showed clear foresight in giving her daughter a lipstick color as a first name), a selection of lipsticks featuring those ‘40s deep reds and berries, when she was 18 years old. “I was born to show people that lipstick works a special power inside you, and what it does to your outside is sort of a gift with purchase. You don’t have to be conventionally beautiful or fit into a certain model to feel good about yourself. You just might need to find the right lipstick to guide you to your own confidence and strength,” she says.

When King moved to New York City in the early 2000s to be a VP at the Estée Lauder Corporation, she realized no one was wearing lipstick. It was the height of the Jennifer Aniston–esque nude lip, and she often felt alone on Madison Avenue sporting her red lip stain. Friends went off the air in 2004, there was a sea of change in beauty trends, and in 2006 King saw a prime moment to move on from Lauder and launch Lipstick Queen. Her goal was to bring lip color and its inherent power back into the conversation, while at the same time spreading the company’s ethos: Your own beauty is intrinsic and inherent within you—sometimes you just need some guidance to see it yourself.

Lipstick often gets dismissed as just one of many products, but King, who obsesses over details, maintains a deep and personal investment in the wearer’s experience. How does the lipstick feel on the mouth? How about an hour later? Three hours? How can she best optimize pigment levels and formulas? There is no stopping her quest for perfection.

Equally as important is her ability to innovate and market her collections. For example, in addition to more than 100 (!) lipsticks and glosses, Lipstick Queen also offers a collection of lipsticks that transform and enhance the lips rather than paint over them. These are flattering on everyone. Truly.

The first shade, Hello Sailor, was inspired by winter in Manhattan. The cold temperatures brought out the blue in people’s lips, which was quite striking against the stark white snow. King realized she could make a lipstick that would do the exact same thing if she created a sheer navy filter to enhance the lips’ berry hue. Rather than covering natural lip beauty, it works with the wearer’s own tones. The resulting color is unique to each individual’s palette. (Note that King predated Snapchat filters by years!)

In addition to being the world’s best and most foolproof gift, this universality fosters the feeling of inclusion that is so important to Poppy. “Lipstick is, of all the cosmetics, the most empowering. Many of the others are great at hiding and concealing, but lipstick is a tool of self-actualization.”

Santa’s Glamour Workshop! My bedroom is filled with shoes, handbags, hats, costume jewelry, gloves, and everything under the sun that represents glamour. I love love love accessories.

My bed is very soft and has lovely dusty pink cotton sheets on it. My favorite thing about my bed is that I have amazing lipstick dreams there. So many of my lipstick ideas come to me in that dream state between falling asleep and waking. Then I run to my list to write them down.

Six to seven hours is best for me—any more or any less and I am sluggish.

I drink just one cup of black coffee. I have it black because if I put in milk of any variety I will guzzle it. Black coffee slows me down so I don’t overdo it! Then I make breakfast a couple of hours after coffee when I am hungry. I have either poached eggs and steamed veggies with hummus and flax and chia seeds; gluten-free toast and applesauce with cinnamon; or gluten-free quinoa hot cereal with honey. I am gluten- and dairy-free as much as possible for digestive reasons.

I am starting to because I created a program that really works for me physically, spiritually, and in terms of energy rhythm. I do sets of squats and free weights throughout the day based on yoga postures. I choose poses where I can feel the muscle group working, and then I add 7 pounds of free weights to my arms and move steadily and slowly in and out of the posture ten times. It sounds kooky, but it works for me. I will do a set every couple of hours for about 10 minutes on different parts of my body. I am thinking about teaching this. It’s fun, easy to do, and a great endorphin rush!

Fast. Cleanser on my face while I shower on my face, moisturizer, then very light liquid foundation. I am intrigued by anything Omorovicza and Rodin. Their products are a real treat, and I highly recommend them.

On a day to day basis I tend to use Ren and Almay products cause they are easy to travel with and I am always on the go.

Same situation as always—curly and frizzy and wild. I have given up fighting it and am just going with it. I have decided it’s my disco phase right now.

My emails. I always tell myself I can wait to read them, but I never do.

A lot of emails, and lately I have been experimenting with eyeshadows and different lip colors. I come to a theory about it, and then test it on myself first.

I work from multiple offices: one at home; a small, private space in Soho; and the Lipstick Queen headquarters in the Flatiron