How the Briogeo founder crafted a clean and inclusive haircare collection. 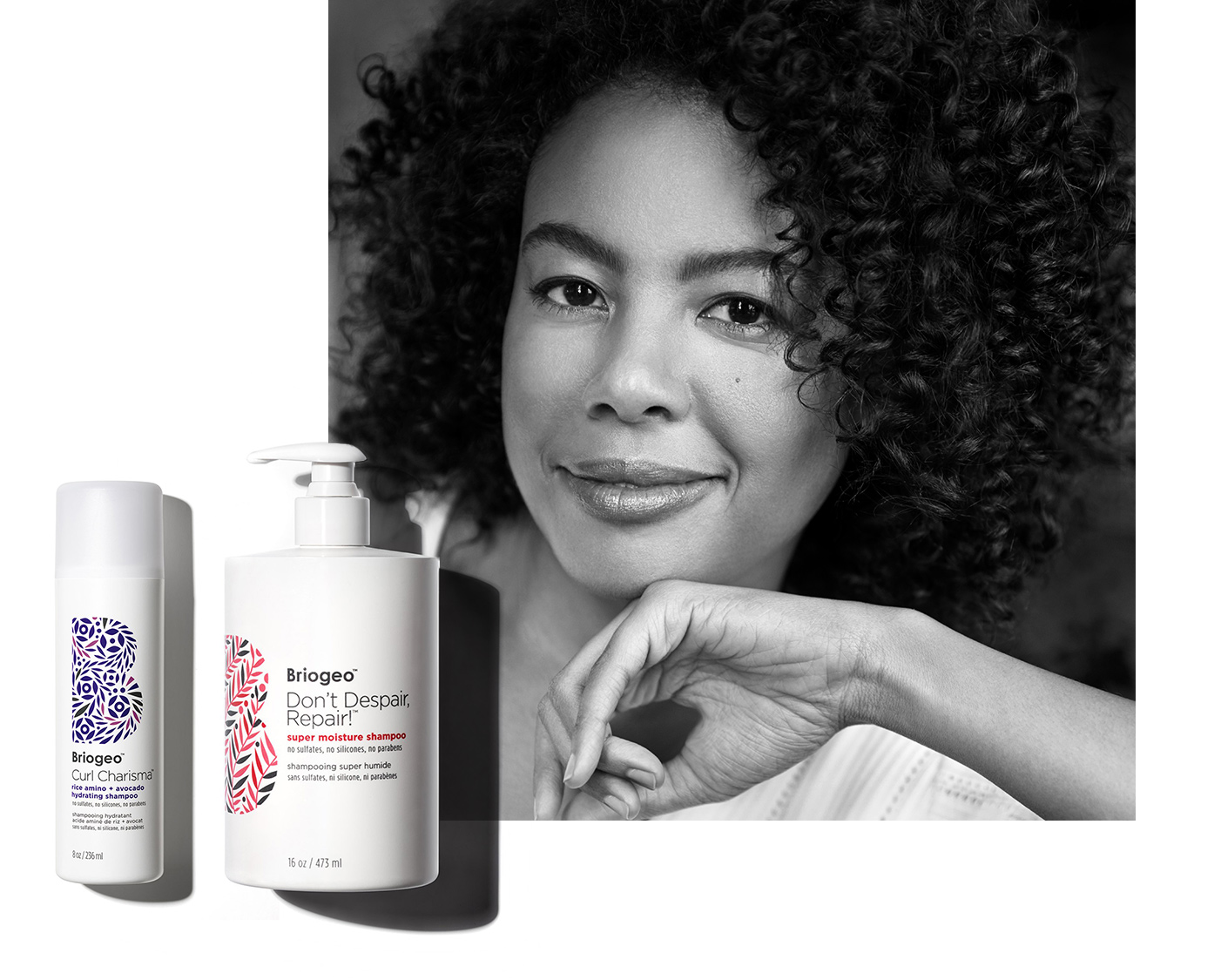 VIOLET GREY profiles female beauty entrepreneurs who are considered industry game changers because of their individual approach to business. Each one entered the conversation in her own manner and maintained a steady, if not unparalleled, trajectory with her indomitable spirit. Here, we talk to Briogeo founder Nancy Twine.

Historically, haircare has been a bit segregated, whether according to type or ethnicity. But Briogeo founder Nancy Twine is on a mission to change the conversation.

Before Briogeo (brio is Italian for vibrant and full of life; geo is Latin, meaning of earth and nature) launched in 2013, Twine worked on Wall Street. She realized quickly it wasn’t the right career path, but decided to stick it out. After her mother passed away suddenly, however, Twine re-evaluated her position at Goldman Sachs and decided she wanted to work on something that would fulfill her entrepreneurial spirit.

Rewind to Twine’s childhood, when she crafted homegrown beauty products in her grandmother’s kitchen. “She was using natural ingredients and even leveraging some of the plants and fruits she grew in her garden,” Twine says. “That idea and concept moved into my generation. While working in finance, I saw the change happening in beauty. Whole Foods was starting to dedicate shelf space not just to natural food, but also natural personal-care products. I knew this wasn’t just a trend. When I was researching the space, one of the things I noted was that no one owned the haircare category from a clean perspective. My hair is naturally curly, and there weren’t many natural texture–focused products to choose from.”

Twine put together a business plan rooted in hair diversity. “I grew up with such diverse friends and family members, and I never wanted to create something that was only for me or one specific type of person,” she says. “I wanted to put together a line that everyone could identify with.” In 2013, she brought her first four formulas to Cosmoprof, the cosmetics trade show, where she met the buyer at Sephora. Six months later, Briogeo was sitting on the Sephora shelves and Twine left her job on Wall Street.

What caught Sephora’s attention? Briogeo is blended with clean ingredients. Think: formulas that mimic skincare essentials. The collection is cruelty-free, 90 percent vegan (it will be 100 percent vegan by the end of 2019), and free of sulfates, silicones, phthalates, synthetic dyes, and DEA.

Twine wants to use her prowess to inspire other women to use their creative muscles, so Briogeo is quickly evolving, taking risks, and bringing out new categories like ingestibles and products that extend beyond hair. “What’s awesome about being a female founder is the ability to inspire other women who are ready to step out and take a risk and do their own thing,” she says. “Women have a different level of responsibility. We’re focused on not just what we’re trying to do, but also on helping other females trying to do something similar.”

I’m so happy with my new space and my new apartment. I’ve tried to go as minimal as possible while also making it feel homey. Natural light is really important to me, so I have large windows. It’s really cozy, but clean and minimal. I hate clutter. After a long, hectic, crazy day, coming home feels so good.

I use all white sheets now. It feels very, very clean. I got this really cool electric heated blanket from Amazon. You put it on top of your mattress, underneath your fitted sheet. It has a remote control, so if I’m cold during the winter I turn it on and my bed heats up and gets so warm and cozy.

I require eight hours. I do okay on seven, but at eight I feel my best self. I don’t drink coffee. The only time I’ll have an espresso is if I have to go out to a dinner at night.

At my bedside, I have a white crystal quartz and a rose quartz. I do my meditations with these, and I like to have them nearby when I’m sleeping. I think it brings good energy because we spend a third of our life sleeping. I also have my journal. On certain nights, when I have the energy, I journal or do some manifestations and doodle.

I have a matcha green tea every single morning. I buy this big box from Costco; it’s really good-quality Japanese green tea. I don’t need coffee to survive throughout the day, but I do need this very special smoothie that I make each morning in my Vitamix. (I actually do it every other morning because I make two so I have one for the next day.) It has changed my life and has brought me so much energy. It’s half water, half almond milk, kale, Bulletproof Brain Octane Oil, and matcha powder. Then I use two Beauty Chef powders—one collagen peptide and one probiotic. I do a wild elderberry extract, Vital Proteins Collagen Peptide Powder, maca root powder, frozen blueberries, and a little bit of frozen mango and banana to cut the taste. It tastes great and it’s an energy boost. Also, I started doing acupuncture every week, and my acupuncturist blends up these Chinese herbs that help regulate my hormonal changes and keep me balanced.

I have not been working out as often as I should in the morning, partly because it’s winter. As soon as it gets warm, I’ll definitely pick it up. I work out twice a week at SoulCycle. It’s really motivating, and it goes by quickly.

I wash my face and mix Korres Foaming Face Wash with the Fresh Soy Exfoliant. I started using the Vitamin C Serum from Allies of Skin, and then I seal it all in with the Drunk Elephant Marula Oil.

I have not found a foundation in my shade range from a clean beauty brand. I hop around. I use the Armani Luminous Silk, but I got the Fenty Foundation and it’s actually pretty good. I really like the Ilia Lip Conditioner. Arabian Nights is my color. Sometimes I’ll put a little bit on my fingertips and pat it into my cheeks. Also, I use Glossier Mascara every day. It’s very natural.

I don’t wash my hair every day, but when I do, I use a flat iron to create waves. For the longest time I was so frustrated because I put my hair up at night and the next morning it had creases. I finally found a solution: I part my hair, put it into four sections, twist it, and then bobby pin it up. When I unpin in the morning, it looks like I just got my hair done. Our line doesn’t have any dry styling products, so I don’t use anything on my hair between washings. I use our Ginseng + Biotin Volumizing Spray.

It’s not interesting, but I read my emails. Now that we’re an international business I get so many emails while I’m sleeping.