The secret to Korea’s most celebrated makeup artist is a solid base. Naturally. 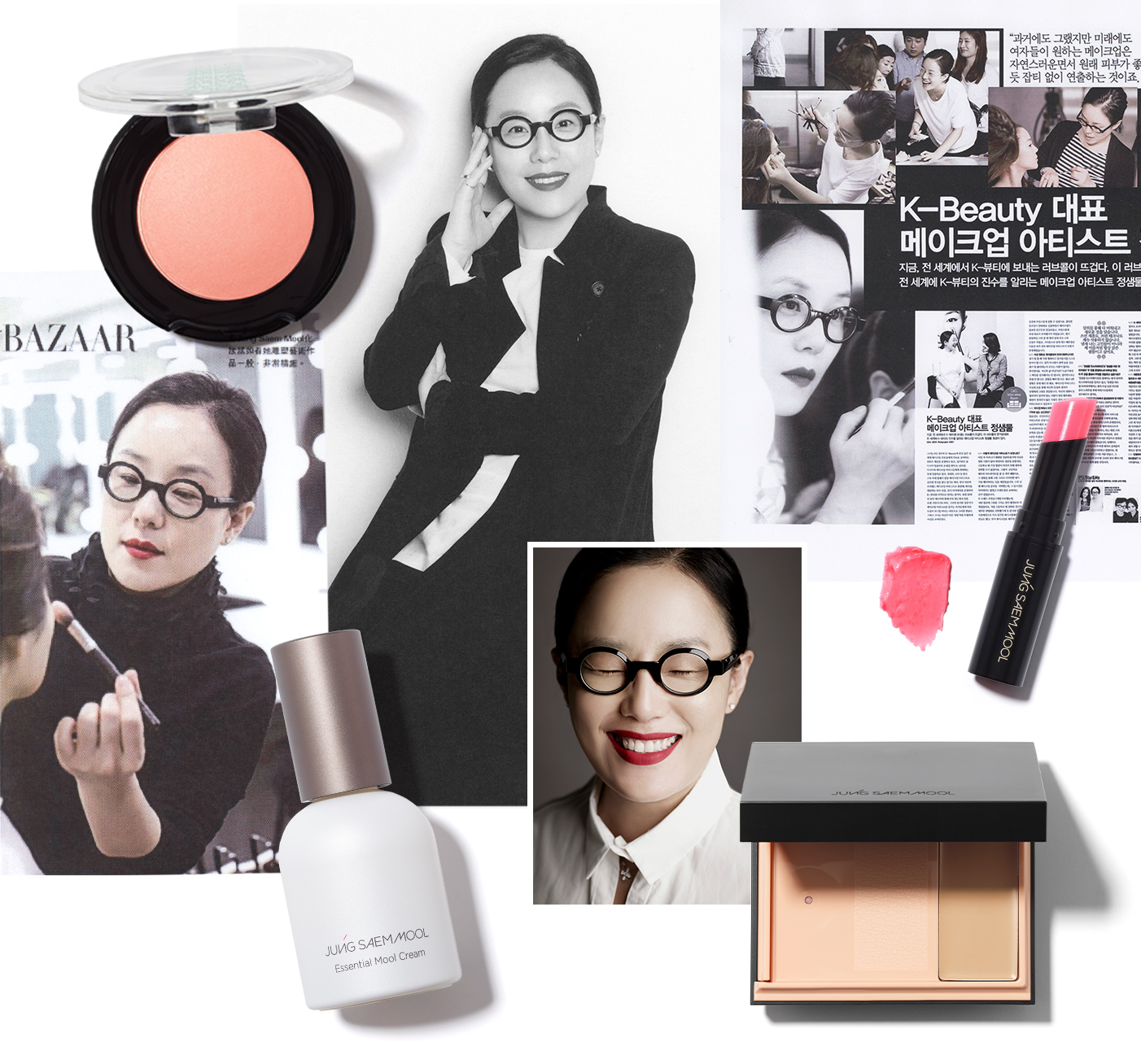 In a new series, VIOLET GREY profiles female beauty entrepreneurs who are considered industry game changers for their individual approach to business. Each one entered the conversation in her own manner and maintained a steady, if not unparalleled, trajectory with her indomitable spirit. Here, we talk to Jung Saem Mool, the Korean makeup artist and founder of her eponymous makeup and skincare collection.

When you first meet Korean makeup artist Jung Saem Mool, you notice her eyeglasses, which invariably match her outfit. The next time you see her, she’ll be wearing a different pair of specs; these too will coordinate perfectly with the day’s wardrobe selection. Frames are her indulgence, and she loves to mix and match them with her clothing. As you scan her face, you will become transfixed by her seemingly translucent skin. She has a flawless complexion. And, if you’re like the rest of us, you’ll become completely obsessed with finding out her beauty secrets.

The Seoul native was highly influenced by her artist mother. “I grew up surrounded by colors, paintings, and drawings,” she notes. “In my early twenties I began to consider a career as a makeup artist.” Her big break came in 2011, when she was lauded as “One to Watch” after working with Korean actress Jun Ji-hyun on the film My Sassy Girl, which became one of the highest-grossing Korean comedies of all time. Known for bringing out the best version—the poreless, acne-free, smooth, glowing version—of her clients, she quickly became the most sought-after makeup artist among her country’s media-elite. In addition to taking care of her celebrity roster, she wanted to educate and empower other aspiring beauty professionals. In 2005, she opened the doors to the Jung Saem Mool Art and Academy in downtown Seoul. Set in an über-modern building—think: chic and sleek—the core curriculum offers classes in global beauty practices, K-Beauty techniques (gradient lips, lashline drama, cream blush preferences, application), and K-Pop. Students can take part in one-day intensive courses, two-day programs, or up to six months’ worth of art history lessons and makeup workshops.

After working in the beauty industry for many years—28, to be exact—the artist finally launched, much to the delight of her fans, her eponymous makeup collection in 2015. Not surprisingly, the line’s hero product is the Essential Star-cealer Foundation, a liquid foundation-concealer formula meant to be blended together to create seamless coverage. She recommends starting at the chin, then lightly tapping it all around the face with a sponge in a V shape, blending inward to create more dimension. She believes V-zone skin is thicker and needs more coverage, while the T-zone area is thinner and requires less. “I infuse all my know-hows into the brand,” she explains. “I want my clients to uncover their own natural beauty by discovering their unique lines, shapes, and colors.”