SHARE THIS
THE VIOLET FILES
FILED UNDER
WOMAN MADE

Going green and nailing it. 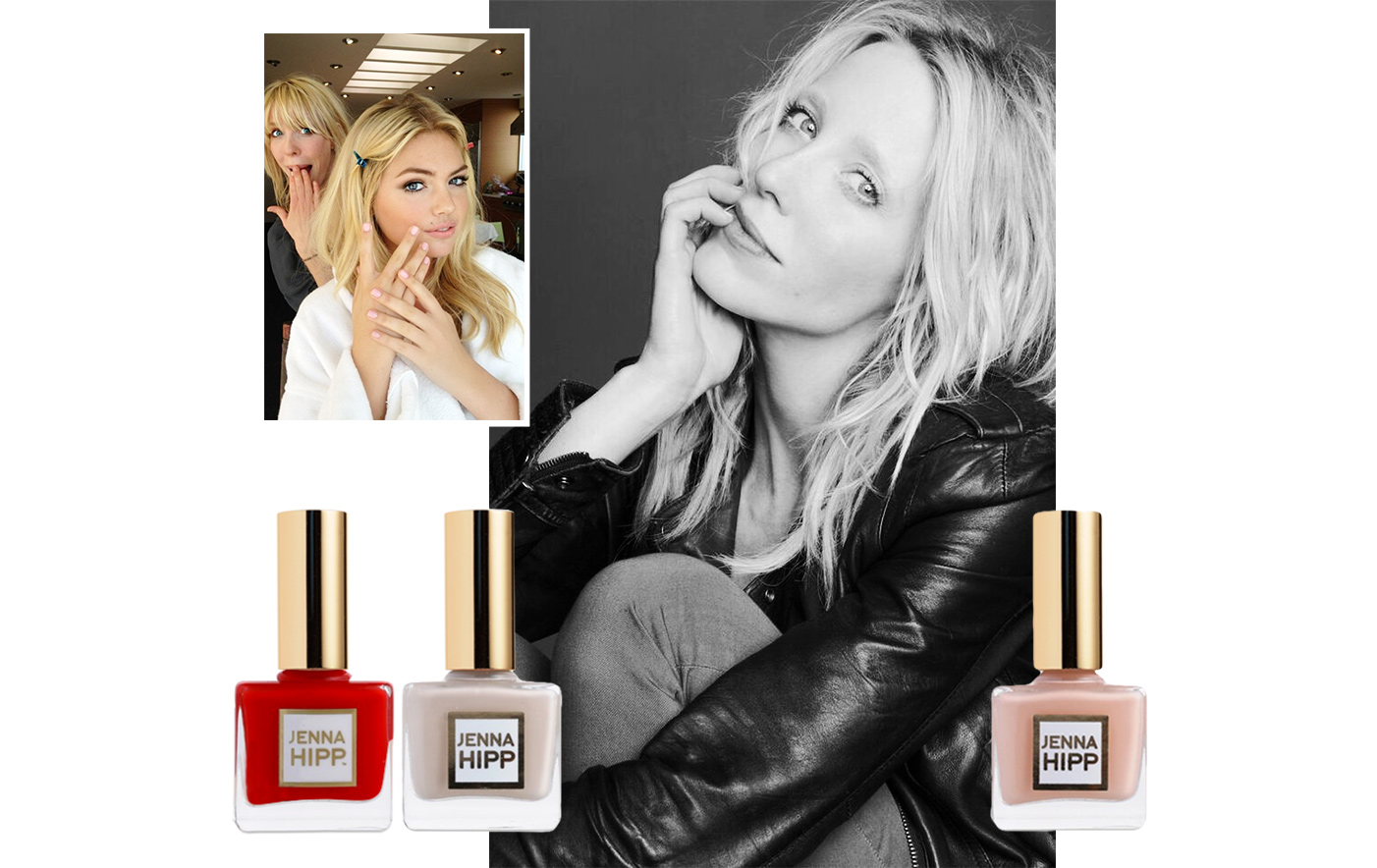 In a new series, VIOLET GREY profiles female beauty entrepreneurs who are considered industry game changers for their individual approach to business. Each one entered the conversation in her own manner and maintained a steady, if not unparalleled, trajectory with her indomitable spirit. Here, we talk to the founder of Jenna Hipp.

"My dad used to joke, 'You've got such a great last name. Do something cool with your life to honor it,’ ” says Jenna Hipp. Known as "the first green celebrity manicurist," Jenna Hipp lead the charge on introducing chemical-free nail products to the beauty industry. Her eponymous polish and hand creams use non-toxic, 100 % eco-friendly ingredients, which she became committed to after an unnerving incident on set. "I was doing a celebrity's nails for a magazine cover, and my nose bled all over her. I'd been poisoned by the nail polish." After extensive research on the chemicals used in nail polish at the time, Hipp says her life's purpose became clear: "I suddenly knew: this is my mission. I'm going to be the one to shout to the rooftops the dangers of these products and to provide the alternative. I'm going to turn this industry around."

Hipp, a native of Hawaii, spent her twenties working every angle of editorial production on the Islands, where magazines go to shoot covers year-round. Among her titles, she served as hair stylist, makeup artist, model, photographer scout, on-set producer, and pro surfer groomer. Ultimately, she found her niche as a celebrity manicurist after assisting one on a shoot in L.A. "I didn't even know it was a job at the time," she says. Countless A-list clients and magazine covers later (Michelle Williams for Vogue, Jennifer Lawrence for Vanity Fair, Selena Gomez for Harper's Bazaar, to name a few), Hipp established herself as the clean, green nail expert.

Her first move in the product space was a collaboration with RGB Cosmetics—"a clean collection with a clean concept"—that provided a more diverse range of nude polishes to accommodate varying skin tones. Then came the call that changed her life. "I knew I needed that collaboration to prove that my name could sell a certain amount of dollars, get in x amount of stores, get x amount of press." Sure enough, the exposure and success from RGB lead to a call asking for her own nail polish line for sole presence in Costco (talk about scale). "It was everything I've ever wanted and worked for," Hipp says.

Hipp champions clean beauty not just for health reasons but for its planet earth component. "Growing up where we did, I had this love of creation and connection to nature,” She also had the drive to make something of herself. And she’s done it. Cool, green beauty that honors thy name, Hipp.

Serene, muted, minimal but not boring. Double French doors open out to the courtyard. My bedroom feels like a vacation.

I'm not sentimental about very many things, but my bed is definitely one of them. Lea Michele, a longtime client and my dearest friend, gave it to me. Unbeknownst to her, I had literally dreamed of this exact style for years and years, even going as far as tearing out a magazine page and keeping it in a scrapbook of inspirations. She had no idea when she casually showed me a photo and said, "Hey Jenna, need a bed?" It has a studded frame and (barely) beige linens, and it sets the stage for the entire room.

By nature, I'm an early riser and prefer to be up before anyone else in the house. My favorite time is just before the sun comes up and everything is calm and still.

Do you set an alarm?
Hardly ever unless my call time is super early.

A lot more than I'm getting now, that's for sure! With 2 boys under the age of 4, I don't think I've slept more than 4 or 5 consecutive hours in almost 2 years. I'm not going to lie- the no sleep thing can be pretty brutal.

I'm not one of those people who can wake up and eat right away. My body needs some time to adjust, so I'll start with hot water and lemon or a cup of herbal tea. Earl Grey with a touch of honey if I need a little caffeine boost.

Honestly, no. You will never find me in the gym. Mornings are my most productive time. To focus, I take deep breaths and stretch. Whenever possible, I meditate for 20-30 minutes before everyone else wakes up.

First thing, I splash ice cold water on my face. It's torture, but my grandma swears by it and she looks incredible. I follow with Vintner's Daughter serum, Tata Harper Hydrating Floral Essence moisturizer, Tata Harper Restorative Eye Cream, and a simple lip balm before applying any makeup.

On a good day, I'll pop in and do nails for a magazine cover shoot or visit a celebrity client at their home, making it back to the office before 10 a.m.

Do you have any meetings or calls?

Often, yes. I meet with Vanessa Gualy, my business partner of more than 8 years 2-3 times a week to discuss our 2 companies together. We address new opportunities, next steps and ideas for growth. We often take conference calls, and have FaceTime meetings and lunches with clients and likeminded brands to further our message of clean beauty awareness.

The goal is to leave the house by 8:30 a.m. but realistically it's closer to 8:45 a.m. We (Vanessa and I) share a building in Hollywood, so we usually ride in together.