The PR maven who found the ultimate wrinkle eraser in an unlikely place. 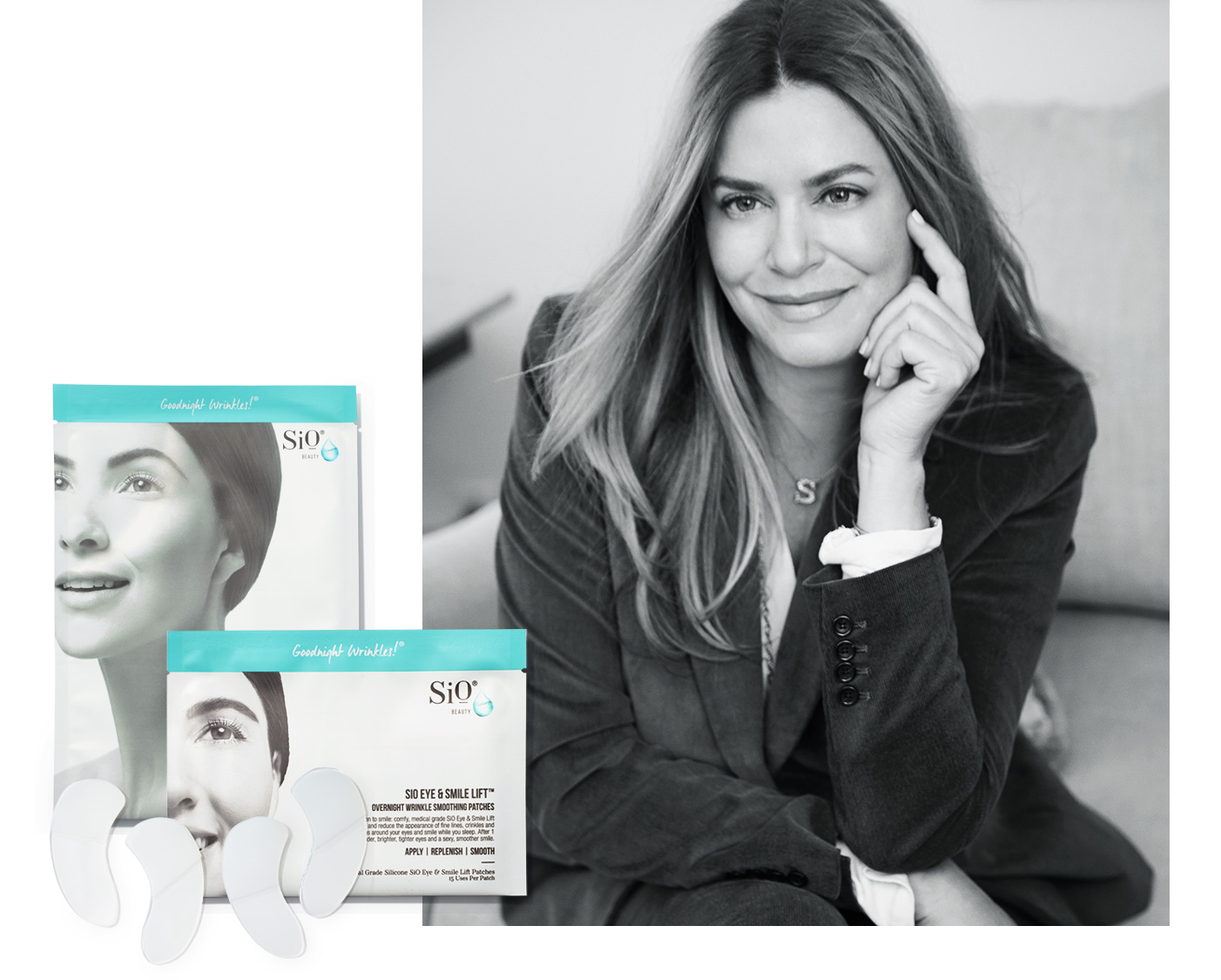 VIOLET GREY profiles female beauty entrepreneurs who are considered industry game changers because of their individual approach to business. Each one entered the conversation in her own manner and maintained a steady, if not unparalleled, trajectory with her indomitable spirit. Here, we talk to Gigi Howard, the founder of Sio Beauty.

Sio founder Gigi Howard went through 160 prototypes in two-and-a-half years before launching the product that would instantly erase wrinkles on her décolletage and cleavage. “Eighty-seven percent of women sleep on their side,” says Howard. “I had to find something to prevent these wrinkles, because you can’t get injectables there and no creams would get rid of them.”

A PR veteran who worked for both Lacoste and Natura Bissé, Howard noticed in her late twenties an onset of sleep wrinkles from sleeping on her side and amassing sun damage during her teen years. “My face didn’t match my décolletage,” she says. “I would cover it up with scarves or necklaces, and over time it became worse and worse. I slept with pillows on each side, but that didn’t work.” Howard even tried sleeping with a piece of masking tape on her chest. It delivered results, but it was uncomfortable and it fell off.

Fast-forward to 2013. Howard was visiting her ob-gyn and noticed a piece of medical-grade silicone on the counter. Curious, she asked her doctor what it was used for, and he explained that it reduced scarring for both C-section patients and burn victims. Howard asked to take a piece home, and wore it to bed that evening on half her décolletage. “I peeled it off the next morning and there were zero wrinkles,” she says. “Zero.”

As excitement ensued, she had to put her idea on the back burner because she was about to give birth to her son. But after he was born, she found a manufacturer who could make the pad look and feel like skin. After the 160th trial run, Sio launched in 2016 with the décolletage pad, which to this day is the brand’s hero product. “We’ve hit all the parts of the body that women complain about,” she says. (Think: eyes, lips, and neck.) “We designed them to be worn overnight. But if you take a nap or you need a touch-up, you can use it for an hour. Even in the office, women slap them on. Over time the pad builds elastin and collagen.”

Next up for Sio? A 5-in-1 product she’s keeping mum about. But Howard can guarantee it will be a game changer. “The market is so oversaturated with products and promises,” she notes. “Don’t promise results that can’t deliver results.”

In my Southampton home, it’s cream and pale blues. It’s very calming. It like the beach meets South Georgia, with a lot of soft taupes and whites.

I have a four-poster bed that’s very shabby chic. I use Matouk sheets, which gives it that hotel feeling.

I need eight or nine hours.

On my bedside, there is water and Aquaphor. Also, my sleep mask by Slip.

I’m on the celery juice kick. I drink 16 ounces every morning. I also drink warm water and lemon, in the morning and throughout the day. Then I do coffee.

Yes, absolutely. I do SoulCycle at 8 a.m., and at 9:40 I go to BodyRock for muscle toning three times a week.

It’s very simple. I use CeraVe Facial Cleanser and AZN Labs After Glow Serum. Then I apply CeraVe moisturizer with sunscreen. Once a week I’ll use Natura Bissé Glyco Extreme Peel.

My favorite is Charlotte Tilbury Wonderglow Face Primer. Then I use Maybelline Eye Cream with my finger and a lip gloss. I really like the Laneige Lip Sleeping Mask, which leaves a nice glossy finish.

I get my hair blown out, and I don’t wash my hair. It’s so thick and curls up, so I get a blowout about three times a week.

I turn on CNN and I simultaneously read The New York Times.

I respond to all my emails before 10.

It varies day to day, but mostly 10 a.m. or later, depending on my workout.