The supermodel who found new success with a meaningful beauty message. 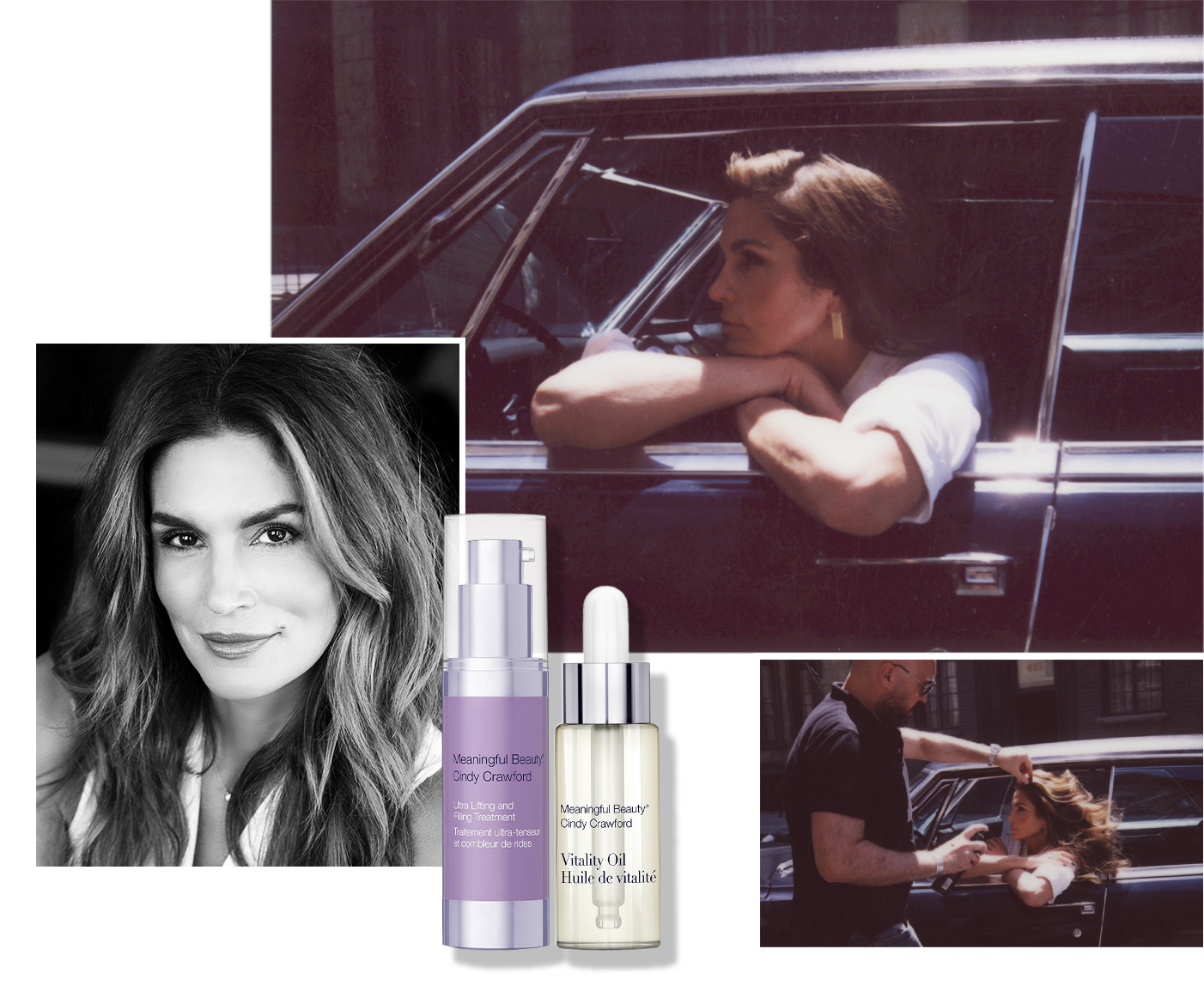 Few women are as synonymous with American beauty as Cindy Crawford. Throughout her decades-long modeling career, she and her iconic beauty mark have played muse to Herb Ritts and Helmut Newton, sold Pepsi like it’s never been sold since, and covered Vogue more times than one can count. Apologies if this seems breathless, but it’s true. Crawford set the benchmark for the model as icon and celebrity. And she has done it all with more class than most could muster, spending recent years secreted away in Malibu, raising her two children with husband Rande Gerber.

A woman like Crawford, however, could never really rest, and thus she has spent the past decade working on Meaningful Beauty, the company she founded with famed skincare guru Dr. Jean-Louis Sebagh. “At 28 [years old], a makeup artist friend suggested that I see Dr. Sebagh when we were in Paris together,” she says of her first, fortuitous appointment. “It became harder and harder to travel to see Dr. Sebagh once I was married and had children, so I begged him to bottle and send his treatments to me. At first it was kind of a joke, but then I thought how incredible it would be to give the gift of Dr. Sebagh to the women I know and love.” From these beginnings, a true beauty success story was born.

Several factors have been key to Crawford’s success. First, her crèmes are made with SOD—superoxide dismutase. This is, in fact, an antioxidant found in rare melons (yes, melons) cultivated in the south of France. “It’s one of the most powerful antioxidants out there,” Crawford says. “It nourishes skin while delaying visible signs of aging, as well as restoring youthfulness and radiance to skin to preserve and nurture your beauty.” Frankly, anything with rare French melon sounds divine. The other, more business-oriented key to her success is the use of infomercials to grow the company and its audience. “I knew that Dr. Sebagh and I had a real story,” she muses of her decision to use less conventional forms of advertising (which was prescient, given the collapse of traditional media). “I felt like the long format of an infomercial would give us the best opportunity to tell that story.”

“It certainly wasn’t an overnight sensation, but we have had successes all along the way,” she explains. The magic formula has been equal parts: authenticity of product; the public’s trust in Crawford—one feels she wouldn’t put anything out that wasn’t top of the line; and, adds Crawford, “producing an infomercial that I thought spoke to women in a modern way.” Then she adds, laughing, “And, finally, not being able to walk through an airport without someone stopping me and asking about ‘those melons’!”

From this foundation of honesty, technology, and just a dash of good humor, Meaningful Beauty is on track to grow ever more popular. “We are always pushing to go beyond,” she says. “Especially as my needs change as I get older.” If Crawford’s glowing, natural appearance and wholesome outlook are anything to go by, we look forward to aging gracefully right alongside her.

Our bedroom has a very calm and serene vibe with sheer white curtains, a fireplace, and, best of all, a view of the ocean.

Our bed has an off-white linen headboard with a dark wooden frame. Our sheets and duvet cover are white and super soft.

I use Flexitol on my heels, feet, and cuticles right before I go to bed. I also love my Slip Silk Pillowcase to prevent those pillow lines in the morning.

I drink a few cups of green tea in the morning.

My favorite time to work out is right when I wake up. In fact, I haven’t been working out with a trainer for the past few months because I prefer to just roll out of bed and go straight into the gym. I’m usually done before anyone else in my family is even up.

After my shower (and sometimes a sauna or steam) I use one of my Meaningful Beauty serums and, of course, the MB day cream with SPF.

Besides my skincare, I usually wear a light foundation. Lately I’m into the By Terry Light Expert Click Brush and a spot of Hydrate concealer by Amazing Cosmetics if necessary. I’m loving Chanel’s Healthy Glow Sheer powder right now. I use a cream blush color stick by Josie Maran and a soft brown eye shadow by Charlotte Tilbury. Brush my brows up with an Anastasia brow brush and a touch of mascara by Chantecaille, and I like to finish with a lip gloss—Marc Jacobs Enamored Hi-Shine in Some Girls.

I definitely try not to wash my hair every day, and I also try to treat it kindly. I usually sleep with my hair pinned up in a loose topknot to keep it from getting frizzy. When I take it down in the morning, it usually has good volume. I smooth whatever I need to and then am good to go. If not, I pull it back in a ponytail.

A lot. Before my house gets busy, I schedule calls with the east coast. It’s also a good time for me to edit and catch up on paperwork.

Even though I have a Meaningful Beauty office, I don’t generally go unless there is a bigger meeting. I do most of my work from my home office, so if I am home, I am in and out all day.