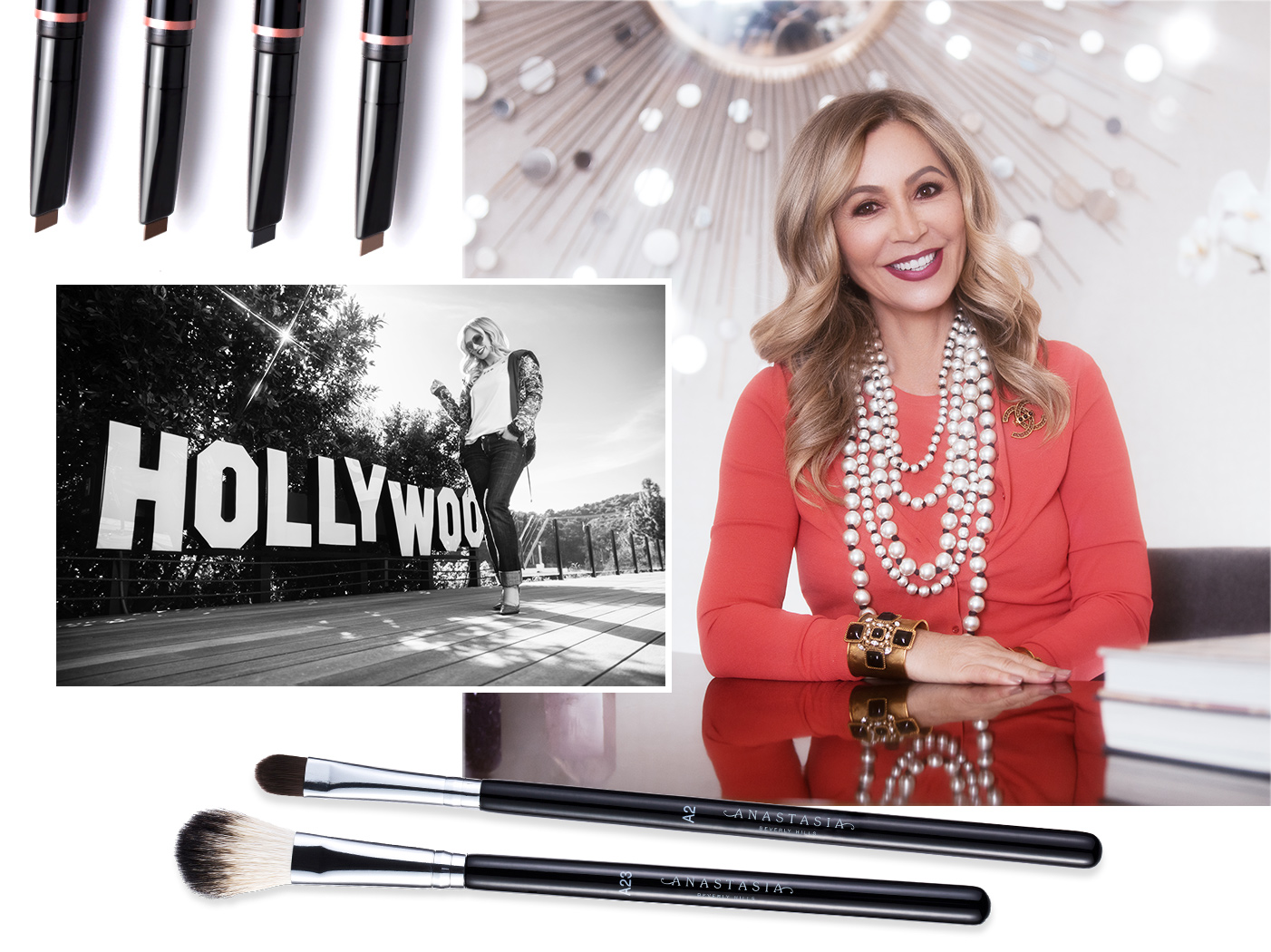 In the world of beauty, Anastasia Soare's name is synonymous with eyebrows. But becoming the industry’s brow guru took years of persistence, focus, and a resolute, artistic, and—believe it or not—mathematical belief in the ability of arches to transform a face. And this was long before "getting your eyebrows done" was a thing.

Without knowing a word of English, the self-made Romanian entrepreneur immigrated to the United States in 1989. Shortly after arriving in America, she took a job as an esthetician at a salon in Beverly Hills doing facials and waxing because these services didn't require much in the way of client–practitioner chitchat. Soare soon realized that brow grooming could be a beauty service unto itself, and tried to convince her boss as much. But after repeatedly being denied the opportunity to do her clients’ brows, Soare left and struck out on her own.

In the beginning, she rented a room in an existing salon—but then word started to spread. Cindy Crawford and Naomi Campbell were early clients, and legions of supermodel-obsessed fans demanded to know who was responsible for their brows. Her circle of clients continued to grow, and in 1997 she opened her own salon in Beverly Hills—at the time, it was the only place that focused exclusively on eyebrows. Anastasia Beverly Hills was an overnight success, as in-the-know Los Angelenos clamored for her signature Golden Ratio technique. For those who need a refresher in geometry, the Golden Ratio is a specific ratio whose proportionality and symmetry is particularly harmonious and aesthetically pleasing. DaVinci’s Mona Lisa, for example, was said to have been painted according to this metric.

"Our philosophy is rooted in sacred geometry—we believe beauty is about balance, not perfection," says Soare. "I have a patent on my technique, The Golden Ratio Eyebrow Shaping Method, which works universally yet provides individualized results. The human eye is intrinsically trained to recognize nature's universal design fractal, and immediately associate it with beauty and harmony," she says. In laymen's terms, she developed a way to shape brows that perfectly frame and suit any face shape. “Brows should begin directly above the middle of your nostrils; the highest point of the arch should connect the tip of the nose with the middle of the iris; and brows should end where the corner of the nostril connects with the outer corner of the eye,” Soare says.

By 2000, Soare had decided that she “wanted to provide customers with amazing brow products that weren't [yet] on the market.” She launched her eponymous label with a host of (naturally) brow products and tools, and has since expanded into cosmetics for the eyes, lips, cheeks and skin. It would be an understatement to say that consumers responded positively to the offerings. Thanks in part to Soare’s celebrity clientele—the likes of Kim Kardashian, Jennifer Lopez, Heidi Klum and Victoria Beckham have all sat in her chair—Anastasia Beverly Hills claims nearly 14 million fans on Instagram.

Soare is equally dedicated to her customer and her needs. "We create products for a very passionate audience," she says. "It's always been very important to me to know my customers, and with the advent of social media, I now have instant access to [them] and all the artists we support globally. We’re authentic; we don’t have a ‘strategy’ about being authentic. If you fool a woman with a bad product she'll never buy again. That's why we're successful."

Bright, spacious, luxurious, and feminine—with a gorgeous view of a tree-filled canyon.

My bed is super comfortable, firm but cozy. I am a Frette sheet person—no substitutes please!

Seven is the perfect number, but it depends on my schedule.

The only thing on my nightstand is water. I’m a minimalist when it comes to my sleeping environment!

Yes! Every morning I make an Illy coffee on my Pasquini espresso machine. I often prepare eggs or have yogurt with fruit as well.

Yes, every morning unless I am traveling.

My skin is often dry so I am big on hydration. I start with SkinCeuticals CE Ferulic and Phloretin CF serums, followed by Anastasia Beverly Hills Hydrating Oil, eye cream, and moisturizer.

I’m lucky in that I’m very good at doing my own hair (and makeup) so it’s never a big issue for me. Most days I blow dry and wear my hair down.

My many, many emails!! And then WWD beauty news.

If I’m not traveling, I’m always in the office by noon.