Our eyes reveal our deepest emotions and desires. The RHONY alum reveals how to ensure that yours command attention. 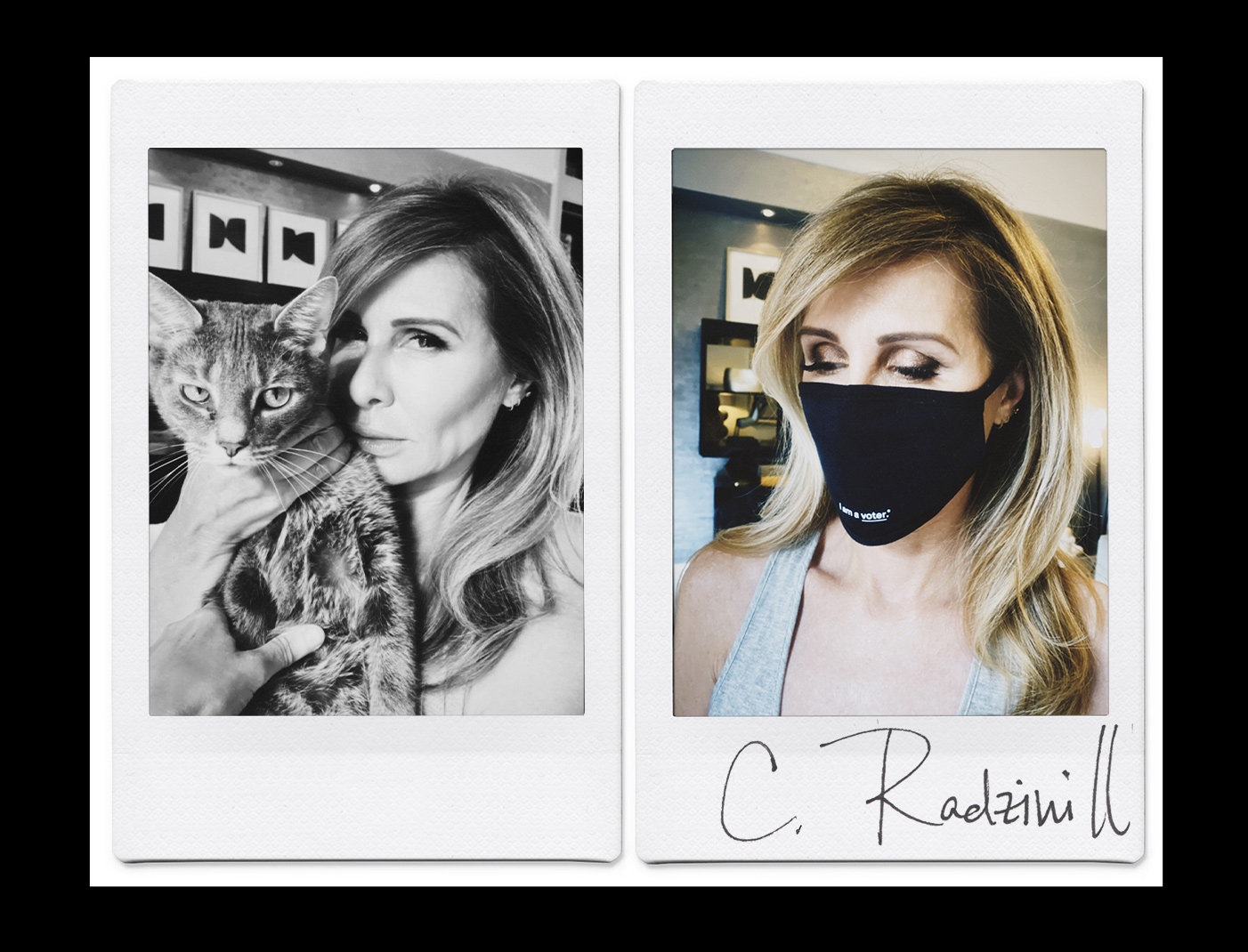 Eyes get a lot of attention. They are the windows to our soul, the doorway to our hearts, the words our lips never say. We get lost in them, look deeply into them, and dream of them. Our eyes are one of the most complicated organs (second only to our brains) and are the fastest muscle in our bodies. And no, sitting too close to a TV will not cause blindness but staring directly into the sun might, and so could love. Although they come in a variety of alluring shapes and dimensions — round, almond, and hooded, among them — they all share a common goal: to make a statement.

It’s no surprise, then, that we spend so much time and effort enhancing them. Each one of us has a coming-of-age story of the first time we discovered makeup and its power to transform an ordinary face. For me, it was the summer I was twelve going on thirteen, and also the summer I had a crush on Frankie. I was staying at my Grandparents’ house in upstate New York, a sort of unruly camp for siblings and cousins. I became enthralled with my Aunt Maryann’s nighttime routine, which involved Johnny Walker Red, a clip-on hair weave, and lots of shimmery eyeshadow. She was two hundred pounds of fleshy love and a twenty-something who already knew a lot about boys, booze, and heartbreak. She arranged all her makeup in piles on the table in the knotty pine paneled room, then placed her General Electric vanity mirror in the middle. Once illuminated, she would paint herself like a portrait.

Starting at the corner of her eye, she would swipe on a bold blue shade across her lid with the foam-padded wand that came in her Maybelline kit, culminating to a point at the end of her eyebrow. After painstakingly repeating the shape on the other lid, she penciled in her dark brows to frame her eyes just so. Black liquid liner was applied with a heavy hand along her lash line, followed by strips of long black eyelashes. Her right hand was always steady, even as she balanced a whiskey and soda in her left. It was mesmerizing to watch her routine, ending just in time to arrive at the local bar before midnight. She looked like Cleopatra — a movie star! — and was the most beautiful woman I’d ever seen in real life.

Inspired by her allure, I snuck into her room one evening and tried to mimic the long strokes of color on my smallish, deep-set eyes. I followed my sister to the railroad trestle that night to meet boys and drink beer. When we got there, Frankie pointed his flashlight in my face and laughed, “What’s on your eyes? They are all blue!” I tried to shrug it off, what does he know anyway! I sipped my beer then walked back down the railroad tracks home. I don’t know what I was expecting, but that was not the reaction I had hoped for.

A few summers later, I got lucky. Gina DeSanno moved in next door. Her family had moved north from Staten Island. It was rumored she had a boyfriend and had left him broken-hearted! I hadn’t even kissed a boy.

She had long brick-red polished fingernails, wore dark brown lipstick, and slicked smoky blue liner under her eyes. She was the most glamorous girl on Madison Hill, who appeared to glide through life unburdened by the awkwardness of puberty.

We became summer friends, and armed with her older sister’s Avon products, she taught me all the tricks of eye makeup. First, she explained how I should apply a neutral color on the lid, a darker color in the crease, and rim the waterline with liner to avoid a raccoon effect. She showed me how to tweeze my brows to make them arched and how to curl my lashes and apply mascara properly by wiggling the wand back and forth. Then, using a straight pin, she demonstrated how to carefully separate each lash. Today, brows have gotten bushier, eyeshadow more elaborate, and chunkier lashes are a look. Despite the changing trends, one thing has remained the same: makeup’s ability to transform an ordinary eye into something extraordinary.

Need to fake a great night’s sleep fast? Look like you always get 8 hours with these de-puffing, hydrating, smoothing retinol gel masks. You’ll appear bright-eyed and well-rested (although you still may want to do a double shot of espresso).

A GILDED EYE IS A GORGEOUS EYE

“Chic” is an overused word, but what else to call this tortoiseshell compact? Its silky shadows blend gorgeously, and the gold-and-bronze shades are perfect for every day, evenings out (or in), and everything in between.

Black eyeliner gets all the press, but a creamy brown pencil has the benefit of creating natural-looking Bambi eyes. This one, in a rich chocolatey shade, is workable enough to smudge if you like — and then, once set, won’t smear or fade.

BRUSH UP ON YOUR TOOLS

It doesn’t matter what kind of look you want; a high-quality brush is essential. I love this one for its ease of use, satisfying feel, and seemingly magical ability to apply just the right amount of shadow.

Everyone’s lids look more lively when you add a touch of shine. These buildable tints (with their just-glossy-enough finish) are simple and sexy.

This ingenious highlighter has a shimmery rose-gold powder on one end (to brighten your inner corners and brow bone) and a redness-correcting eyeliner on the other. All in one simple package. Like I said, ingenious.

Ungroomed brows are the facial equivalent of visible panty lines. This double-ended pen has a liquid brush to fill in sparse spots, plus a mess-free powder for definition so you’ll always look put-together. Or at least your brows will.

A full brow always looks fresh. This peptide-infused gel adds volume and texture without depositing too much pigment, so people will think you have naturally lush brows.

It might seem like lash-curling is a superfluous step, but I promise you: it makes all the difference. This handmade Japanese curler gets the job done with precision (and without pinching or creating harsh bends in the lashes).

FIND A TYPE OF MASCARA THAT DOES IT ALL

If you have room for only one mascara in your life, it should be an overachiever able to lift, separate, volumize, resist clumping, last all day, and feel lightweight on lashes. This one more than meets those criteria (and has clean-formula cred, too).

GLAM THINGS UP FOR EVENING

For a big event (or even dinner at home!), go for the extravagant eye. This gorgeous — and might I add extremely handy — palette of rich black, shimmering champagne, and the sexiest metallic oxblood shade you’ve ever laid eyes on, makes creating a mesmerizing look impressively easy.

The journalist and Real Housewife is a skin care obsessive, who relies on daily acts of self-care to keep her looking and feeling her best. Here, the essentials she always keeps fully stocked.