SHARE THIS
THE VIOLET FILES
FILED UNDER
TOP FLIGHT

Some of The Violet Files’ favorite women share their ideal evening escapades and how they prepare—because getting dressed is often the best part.
Written By CHRISTINE WHITNEY 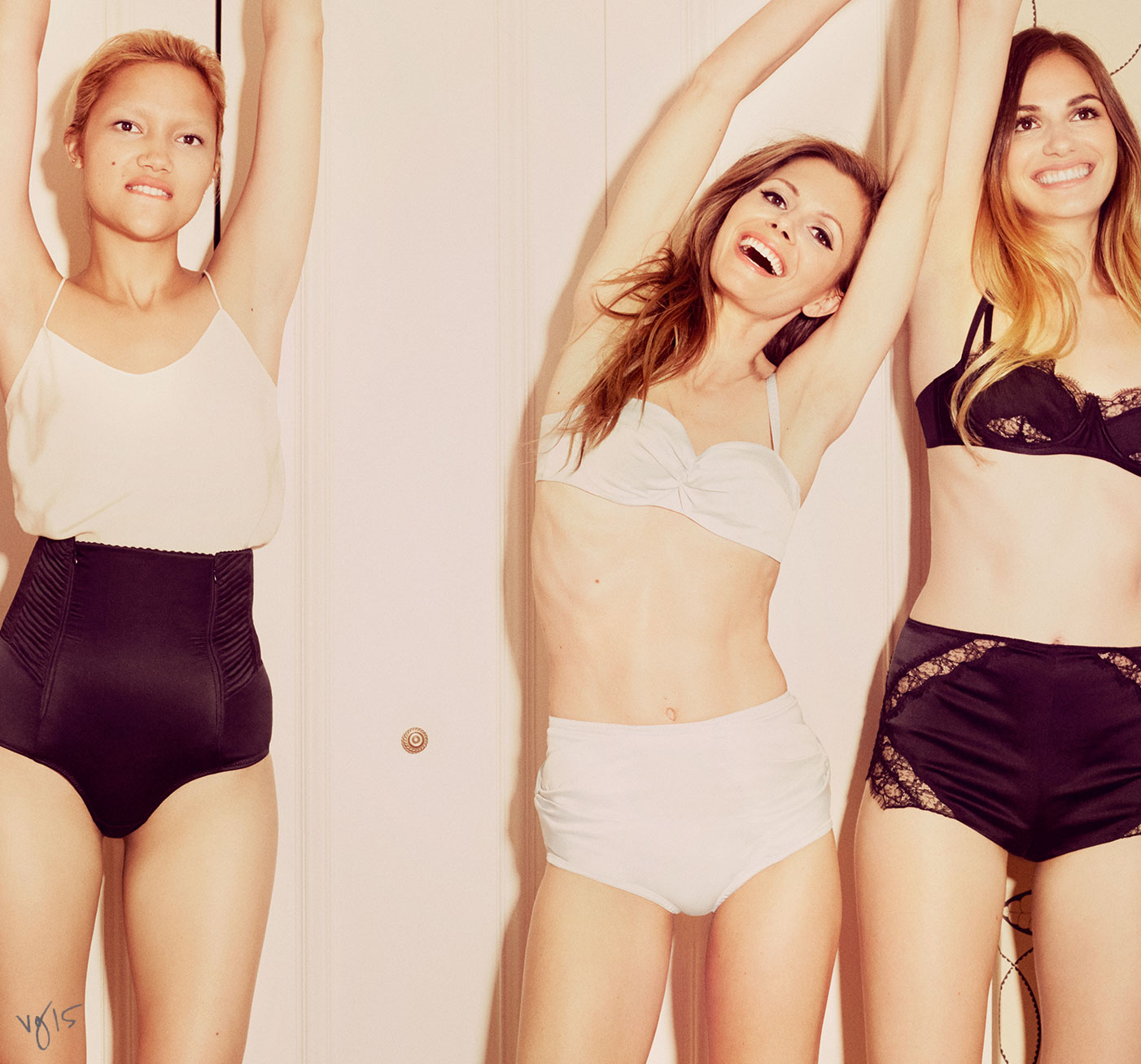 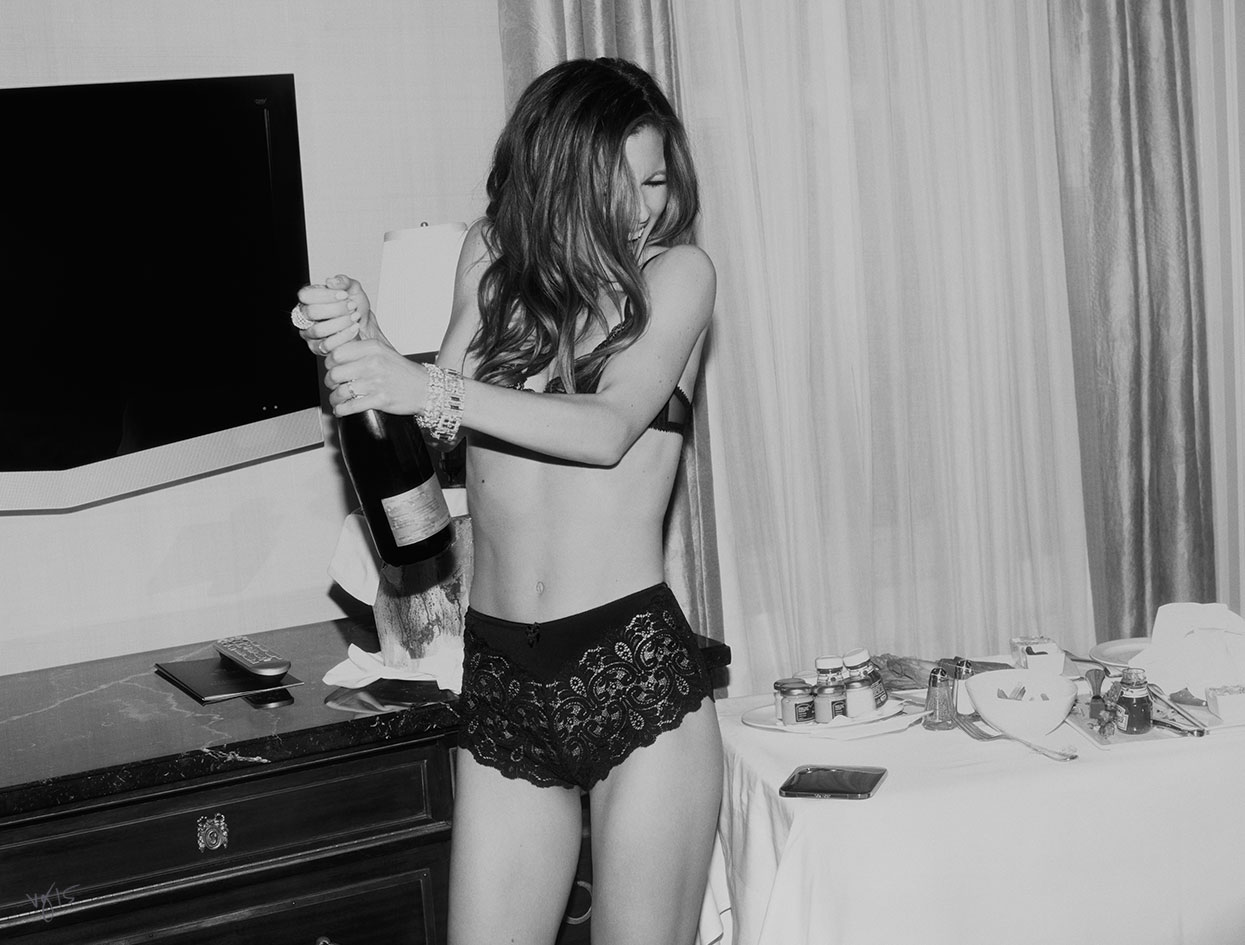 — PHOTOGRAPHY BY GUY AROCH FOR THE VIOLET FILES

As Cyndi Lauper so eloquently put it, girls just wanna have fun—though there are as many definitions of the term as there are Ubers in New York. From decadent dinners at Del Posto to rooftop cocktails at the Standard to late-night karaoke in the East Village, we’ve chronicled the different ways an array of Violet women spend—and get ready for—their girls’ nights out in the city that never sleeps.

CHARLOTTE CAREY | model | @_charlottecarey
We love to go dancing—from a house party to a bar to a rooftop celebration.

MAKEUP: I never really wear makeup, but when I do I love a cat eye—I love looking like a kitten. I’ll use NARS eyeliner and Maybelline mascara. I wear a darker lip color from YSL when I’m out or a bold red from Armani.

NAILS: I get them done in Williamsburg at pH7 Nail Couture, which uses chemical-free and organic products and has a great selection of polishes. I love Chanel and Tom Ford. I usually paint them with more of a natural color, but I also love dark red for special events.

FRAGRANCE: I’m into masculine smells. My all-time favorite is Black Orchid by Tom Ford, and I love Le Labo Rose 31 and Comme des Garçons Wonderwood, which was my first-ever fragrance purchase when I was 16 and just getting into scents.

OUTFIT: I’m more of a tomboy, but when it’s a special night I really go all out. I get beautiful custom-made dresses by my friend Olima and carry a Saint Laurent clutch, usually with heels but sometimes sneakers. I don’t bring much, just my YSL Volupté Sheer Candy lipstick, Maybelline mascara, and my cell phone, wallet, and hand lotion.

SOUNDTRACK: I can get ready to anything, whether it’s Nils Frahm or Purity Ring or A$AP Rocky.

RESTAURANT: My favorite dinners are usually on a Friday night at Mogador—with cocktails and dessert.

HOTEL SUITES: I love the NoMad. I always order guacamole from room service.

BROOKE WALL | founder, The Wall Group | @brooke_wall
My ideal night-out soundtrack: Beyoncé, “Drunk in Love”; Phosphorescent, “Ride On/Right On”; Robert Earl Keen, “Think it Over One More Time.”
BEAUTY: My fragrance is By Kilian Straight to Heaven—Catherine Deneuve told me to apply it behind my knees. I have my artists from The Wall Group for hair, makeup, and nails. My favorite polish is Chanel Pirate.

ACCESSORIES: I’ll take a Céline or Hermès clutch with only lipstick, keys, and cash.

VENUE: Del Posto is my restaurant of choice for a girls’ night.

PICK YOUR POISON: My drink is Vespa Bianco Vino. My nightcap? Water!

CAROLE RADZIWILL | writer, TV personality | @caroleradziwill
A night out with my friends involves dinner, drinks, and plenty of gossip!

HAIR: I do my own hair—if I hadn’t gone into journalism I swear I would have been a hairdresser. I’m good at it! I use a T3 hair dryer and follow up with the T3 1.5-inch-barrel curling iron.

MAKEUP: I usually do my own makeup because when I’m not filming the reality show I don’t like to wear a lot. La Prairie Skin Caviar foundation makes your skin look very dewy and glowy, then Amazing Cosmetics under-eye concealer. I use Charlotte Tilbury's bronzing and highlighting compact—the best. I put the highlighter on my lids and the bronzer in the crease as shadow. I also use the bronzer as blush and the highlighter right on top of my cheekbones. And recently I’ve been experimenting with applying my own individual lashes for a little pop of the eye.

FRAGRANCE: I am a one-fragrance girl. I wear Egyptian Musk Oil, which is unisex and smells like fresh laundry. I used to buy it from the guys who sold incense in the subway, but since they were run out of town I found it on 29th Street at a wholesale perfumerie.

HOTEL SUITE: The Mercer is my top choice. The rooms are sexy and the lobby is like my own living room.

VENUE: Skylark Bar for sunset drinks, Sessanta Ristorante at the Thompson Hotel for dinner, Jimmy at the James New York hotel rooftop for after-dinner drinks, and No. 8 for after-midnight naughtiness.

JENNIFER MISSONI | actress | @goldiediamante
Ten years ago when I lived in New York it was all about clubbing and eating Gray’s Papaya at 4 a.m. That’s not what’s going on anymore. Now I’ll go to the theater and a restaurant like Bar Pitti with my best friends or just hang out.

MAKEUP: I use simple tinted moisturizer and a little concealer from Vichy. I’ve been using L’Oreal Telescopic mascara forever—it just gets my lashes really well—and MAC for blush, eyeshadow, and eyebrow pencil. For events, my makeup artist, Amy Strozzi, comes to my house.

NAILS: It’s really important to do my nails once a week. I like 5-free polishes and anything nontoxic and organic. Since I turned 30 I started doing all kinds of red—all of a sudden I feel like a woman.

FRAGRANCE: I’ve used J’adore since I was 15 years old. All my girlfriends know that’s my smell whenever they hug me. I love Annick Goutal Quel Amour!, which my sister gave me for Christmas. It feels a little more girly and feminine. I also use Gucci Première, which is a little harder.

IN MY CLUTCH: I carry a little clutch from Clare V. that my friend Cara Santana gave me for my thirtieth birthday. My friends make fun of me because I always have a Stevia supplement called SunnyDew in my bag. I don’t drink, so I bring herbal tea bags too—I like Spring Dragon by Ron Teeguarden and Numi Moroccan Mint. I don’t bring my wallet, just my credit card, ID, and a little lip balm. I love this vegan cruelty-free company called Ladybug Jane.

SOUNDTRACK: The song I love right now is “King” by Years & Years. My husband makes fun of me because I’m the biggest cheeseball—I’m all about Top 40. I might dance around my house as I’m getting ready.

ELIZABETH SULCER | stylist | @elizabethsulcer
A girls’ night out is dinner and a great fashion party until the wee hours, and possibly a fun sleepover!

HAIR: When I do my own hair before going out, I love big hot rollers—they give my hair body and make it look glamorous without trying too hard. I use L'Oreal Elnett brushable hairspray for finishing touches.

MAKEUP: Having my makeup done is one of my guilty pleasures, but I don’t like to wear a lot—I love fresh and natural, dewy-looking skin. I use Laura Mercier Tinted Moisturizer and Tom Ford lipstick, especially the nude colors, and the Anastasia light brow pencil. I have a love affair with mink single lashes, but only for special occasions.

NAILS: I have a great salon called Yaya Nails right next to my house in Tribeca. I love Tom Ford, Chanel, and Dior polishes; I normally bring my own colors with me.

FRAGRANCE: I always wear Tom Ford Black Orchid—the scent lasts longer than anything else does on me. I also love Lanvin Rumeur, and Serge Lutens a La Nuit is a favorite.

HEELS OR FLATS? Heels! My favorites are from Gianvito Rossi, Aquazzura, and Valentino.

VENUES: Bowery Hotel has the best vibes; The Carlyle for dessert, espresso, and of course, dark chocolate. Late-night at The Boom Boom Room, Ace Hotel, ACME, or 1 Oak.

KARAOKE: I love Sing Sing in the East Village. My song will be something by Madonna.

EMILY HOLT | fashion writer | @holt_sf
A girls’ night with my friends involves doing something ridiculous and unapologetically chicklike—something their husbands would never agree to, like going to a Janet Jackson concert.

HAIR: I go to John Barrett, specifically the braid or ponytail bar. If I want a va-va-voom, “just walked out of a Dolce ad” blowout, I ask for Vincenzo.

MAKEUP: I usually have Glamsquad come to the apartment. If I do my own, I reapply NARS tinted moisturizer and YSL Touche Éclat, then either apply mascara and NARS Blondie shadow on lids (it’s a sandy brown) and nude lip or nude eyes (I like to use a super pale, almost blond eyebrow gel on my lashes to de-emphasize them, which I know is weird) and red or berry on lip (NARS Trans Siberian Red and Scarlett Empress or Tatcha Kyoto Red).

NAILS: Jin Soon on Jones Street! I alternate between Essie Twin Sweater Set and Macks for fall, and then use one of those multicolored glitter polishes, like Deborah Lippmann Happy Birthday, for New Year’s Eve.

FRAGRANCE: If I want to feel ladylike and put together, Chanel No 5. If I’m going somewhere I think I’ll meet guys, Santa Maria Novella Vanilla (because I read somewhere dudes can’t resist the smell of vanilla—maybe because they like chicks who can bake?). If I want to feel cool and independent, Le Labo Fleur d’oranger 27, which is kinda unisex.

STYLE: In general, I wear a lot of Dries Van Noten. I’ll wear flats because it’s less expected, and if I can’t be comfortable around my girlfriends, what’s the point? For evening, I’ll carry my everyday Smythson zip pouch if I’m going somewhere casual, my psychedelic black-and-silver swirl Dries envelope if it’s glam/cool, and my Edie Parker box clutch if it’s fancy.

SOUNDTRACK: Whitney Houston “I Want to Dance with Somebody,” Cher “Believe,” and Bob Seger “Hollywood Nights.” Dancing and getting ready occur simultaneously.

RESTAURANT: ABC Cocina, Piadina, Narcissa, Roberta’s—basically anywhere we can get in that’s not going to be a hassle and will allow us to talk and solve the world’s problems.

PAST-BEDTIME SPOT: Top of the Standard.

NIGHTCAP: Fernet Branca, and tacos from El Idolo taco truck or a veggie-topped slice from the last pizza shop I pass on the way home.

TRAVELING IN STYLE: I’m notorious for wanting to walk everywhere. If I can’t walk, I take the subway. If I can’t subway, taxi. If I can’t taxi, Uber.

Hero products to help you fake well-rested after a late (and hopefully memorable) night.