SHARE THIS
THE VIOLET FILES
FILED UNDER
SHE'S SO VIOLET

Even among the outsized, eccentric personalities of the fashion world, Diana Vreeland stands out. A style icon, zealous aesthete and one of the foremost creative visionaries of the ’60s and ’70s, she blasted ahead of her contemporaries like a comet, illuminating the way to the next big thing (jeans! the bikini!) while crackling with charisma.
Born to an aristocratic family in Belle Epoque Paris, Vreeland’s early life had a romantic, Zelig-like quality to it. She spent her childhood horseback riding with Buffalo Bill, attending performances of the Ballet Russes and rubbing shoulders with her parents’ famous friends like Vaslav Nijinsky. In New York in 1924, she married her husband, banker Thomas Reed Vreeland, whom she would always claim was the love of her life. The pair settled first in Paris, where Diana enjoyed personal fittings with Coco Chanel, and then in London, where she opened a lingerie boutique, outfitting Wallis Simpson for a weekend rendezvous with King Edward VIII. “The rest as you know is history,” Vreeland later boasted. “My little lingerie shop had brought down the throne.”

When the Vreelands returned to New York in 1934, Harper’s Bazaar editor-in-chief Carmel Snow tapped the ever-stylish Diana to join the masthead. It was a prescient hire. Unlike her predecessors, who took their fashion cues from conservative Park Avenue doyennes, Vreeland pushed the envelope. She was one of the first editors to feature models in blue jeans, thong sandals and the bikini. Citing this relentless pursuit of the new, many regard her as the first true fashion editor.

Vreeland stayed at Harper’s Bazaar for 26 years. However, when the magazine passed her over for the editor-in-chief position, she jumped ship to Vogue, where, in 1962, she took the helm. The next nine years redefined the magazine. Vreeland took Vogue from a stuffy society rag to a publication perfectly in tune with the ’60s and its spirit of rebellion and creative freedom, offering meaty profiles on rock musicians (Mick Jagger, John Lennon) and exotic fashion shoots in far-flung locales.

In 1971, Vreeland left Vogue and soon thereafter resurfaced at the Metropolitan Museum of Art's Costume Institute. There, too, she worked her magic, dusting off the cobwebs and breathing new life into the museum with glamorous retrospectives on subjects like Yves Saint Laurent and classic Hollywood. Though Vreeland passed away in 1989, her legacy lives on through books, films and assorted projects. Most recently, her grandson Alexander launched a fragrance collection based entirely on her favorite scents, bottling it in glass vials tinted red (her signature color).

To celebrate the life of this extraordinary (and extraordinarily violet) woman, VIOLET GREY reached out to an assortment of her former colleagues and friends and asked them to speak to her lasting influence in the fashion world as well as share their fondest memories. Tidbits from those conversations, below.

VIOLET GREY: What made Diana such an exceptional talent?
“Diana was my mentor. [She had an] enthusiasm for the new and an eye for the beautiful. She never made mistakes.” — CAROLINA HERRERA, FASHION DESIGNER

“Diana's most exceptional quality (apart from wit and imagination) was her ability to spot talent in others and to nurture it.” — PENELOPE TREE, WRITER AND FORMER MODEL

“She had a vision that was like no one else’s. Five hundred years ahead of everyone! She evoked in one word what it would take others volumes to say. And she was absolutely and wonderfully fearless. I love that.” — MANOLO BLAHNIK, SHOE DESIGNER

V.G.: She had famously eccentric taste in interior design. What was her office like at Vogue?
“As I recall, the interior was lipstick red, and the carpet was leopard-skin print. On the wall to the right was a collage of exquisite images, including the head of Marlon Brando and the foot of Rudolf Nureyev.” — ANJELICA HUSTON, ACTRESS AND FORMER MODEL

V.G.: What is your fondest memory of Diana?
“One day, I visited the archives of the Costume Institute with her, and she showed me the shoe collection. It was the opening of a magical world. She was showing me the most marvelous things and going into so much detail about what we were seeing. This is how my love for André Perugia started. She showed me his spring heels. What an innovator! Mrs. Vreeland knew exactly what to tell you and how to tell it to you in order for you to absorb what she was saying.” — MANOLO BLAHNIK, SHOE DESIGNER

“One of my favorite memories of Diana is of walking down the street with her arm in arm, and her saying, ‘Never look down. Always look up!’ Sometimes that meant falling off the curb, but at least you wouldn’t get a double chin.” — PENELOPE TREE, FORMER MODEL

“One afternoon in 1983, Diana invited me to her apartment to have a chat. During my visit, I told her I was thinking of moving to the West Side [of Manhattan]. She tried to talk me out of this idea for 20 minutes. She had unshakable aesthetic views, and she disliked intensely that neighborhood. I was really surprised, but after all this was Diana with her assertive opinions.” — PILAR CRESPI, PRESIDENT OF SOURCE OF HOPE FOUNDATION AND FORMER MODEL

I remember walking down the street with her arm in arm, and her saying, ‘Never look down. Always look up!’ Sometimes that meant falling off the curb, but at least you wouldn’t get a double chin. 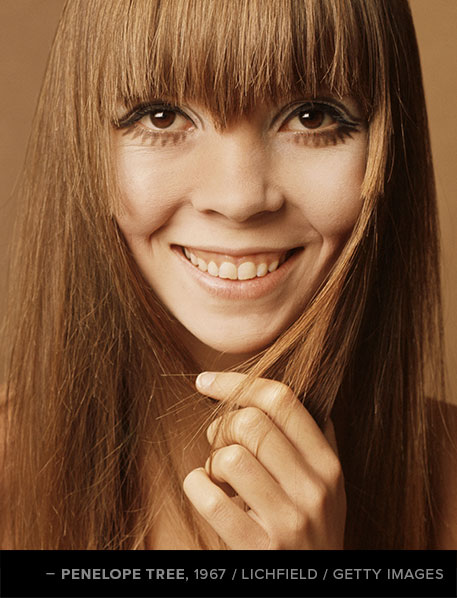 She had a VISION
that was like no one else’s. Five hundred years ahead of everyone!

— MANOLO BLAHNIK, SHOE DESIGNER
Tweet This
V.G.: What did you admire the most about her?
“That at the end when she was blind she could still see more than anyone else. Diana had a memory for details and the intellect to use it.” — CAROLINA HERRERA, FASHION DESIGNER
V.G.: What is something not many people know about Diana?
“My grandmother was extremely fastidious about her clothes. She kept all of her clothes wrapped individually in her closet. In the morning after she would pick what she would wear she would have it ironed by her faithful housekeeper, Yvonne, and at the end of the day she would have it re-ironed and covered once again before it was put back in her closet.” — ALEXANDER VREELAND, PRESIDENT AT DIANA VREELAND LLC

Unlike many who traffic in the visual, Diana Vreeland was never at a loss for words. In fact, she had a true gift for language and an innate feel for the rhythm of a sentence. Inarguably one of the most quotable figures in fashion (apologies, Mr. Lagerfeld), she was equally adroit at making witty asides and grand, sweeping pronouncements. Below, some of her most memorable remarks taken from her autobiography, D.V., her famous Vogue memos and assorted interviews.

ON MANICURES...
“When I arrived in America, I had these very dark red nails which some people objected to, but then some people object to absolutely everything.”
ON GROWING OLDER...
“I have a terrible time remembering exactly when my birthday is. Age is totally boring...”
ON EGOISTS...
“I loathe narcissism, but I approve of vanity.”
ON KNITWEAR...
“I always wear my sweater back-to-front; it is so much more flattering.”
ON REFUSING TO TAKE NO FOR AN ANSWER...
“I only take results. I’ve worked all my life on results. I didn’t give a good goddamn if there were no horses in Tahiti –– by God, we’d get some there.”
ON SELF-MOTIVATION...
“I sincerely believe that energy grows from itself and the more energy you expand the more you create within yourself. I also believe that energy is habit — which can be created quite easily. In other words, use your energy and more energy flows and then it is very hard to stop it — as if one would ever want to!”
ON NOT GOING GENTLY INTO THAT GOOD NIGHT...
“I always say I hope to God I die in a town with a good tailor, a good shoemaker and perhaps someone who’s interested in a little quelque chose d’autre.”
Filed Under: Gifts
For Your Consideration
Diana Vreeland
Eau de Parfum


For the woman who has a penchant for vintage Bazaar covers and Lucien Freud drawings.
SHOP NOW 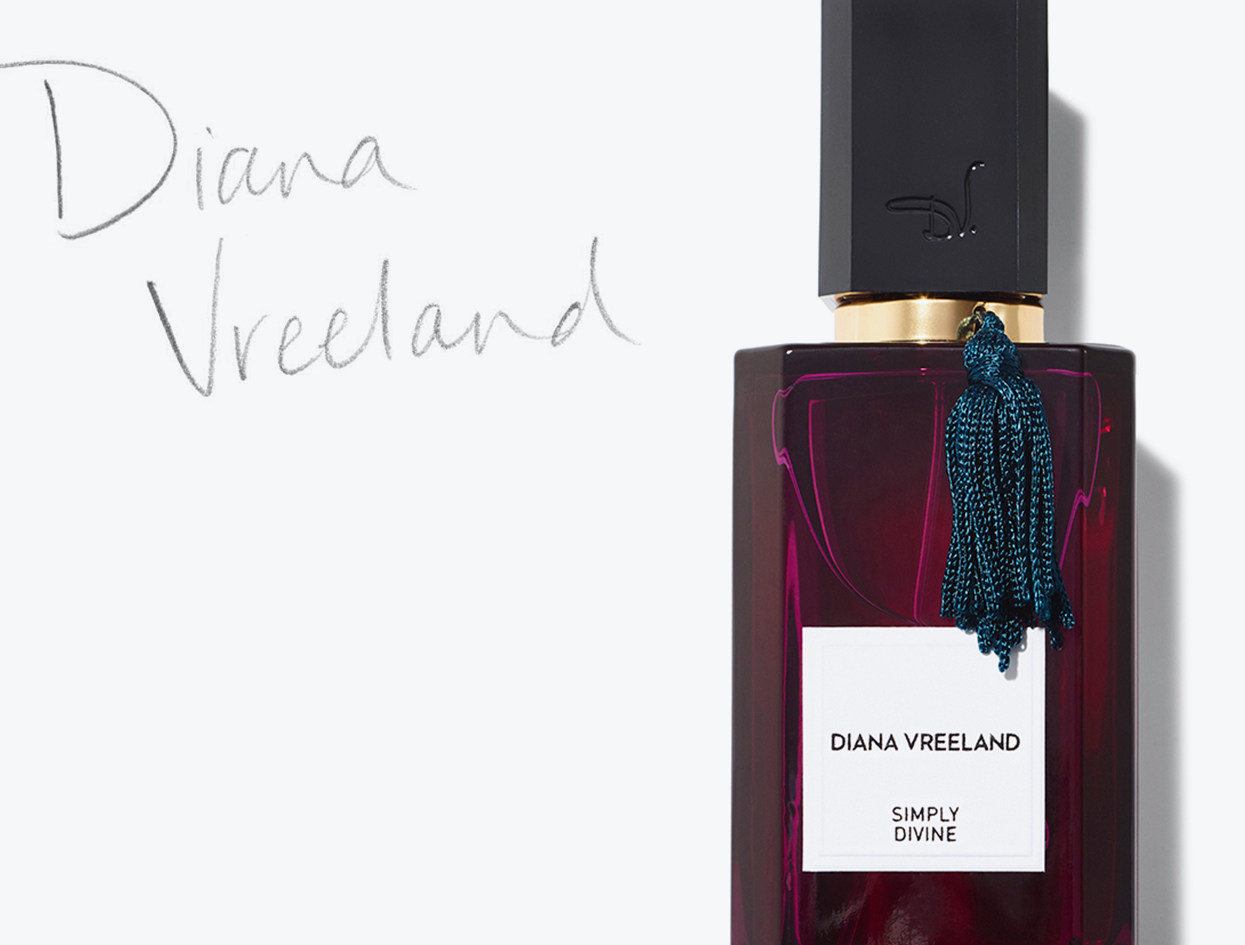