Share This
The Violet Files
Filed Under
A Moment In Time

A Moment In TIME
Written by Lesley M.M. Blume 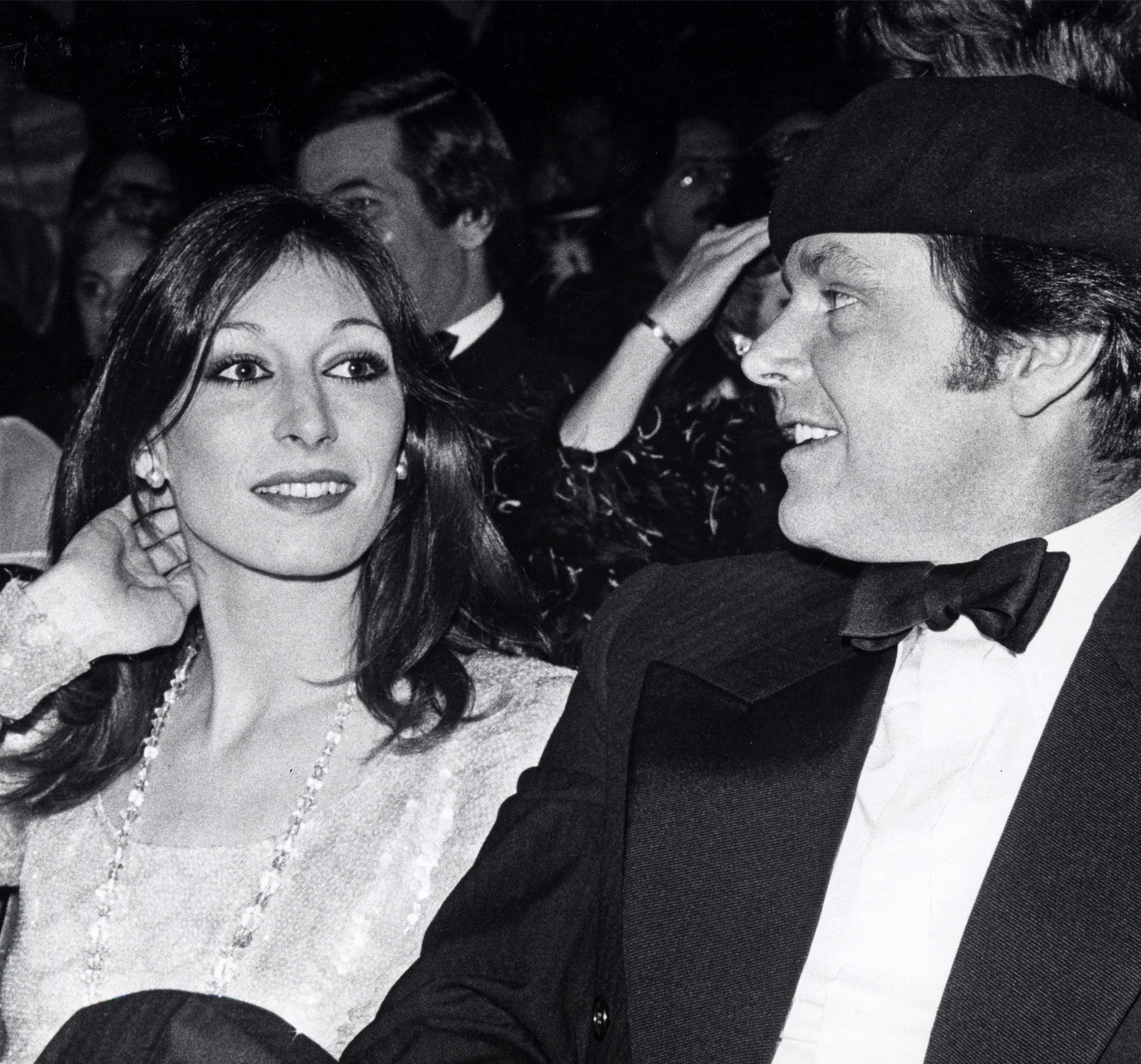 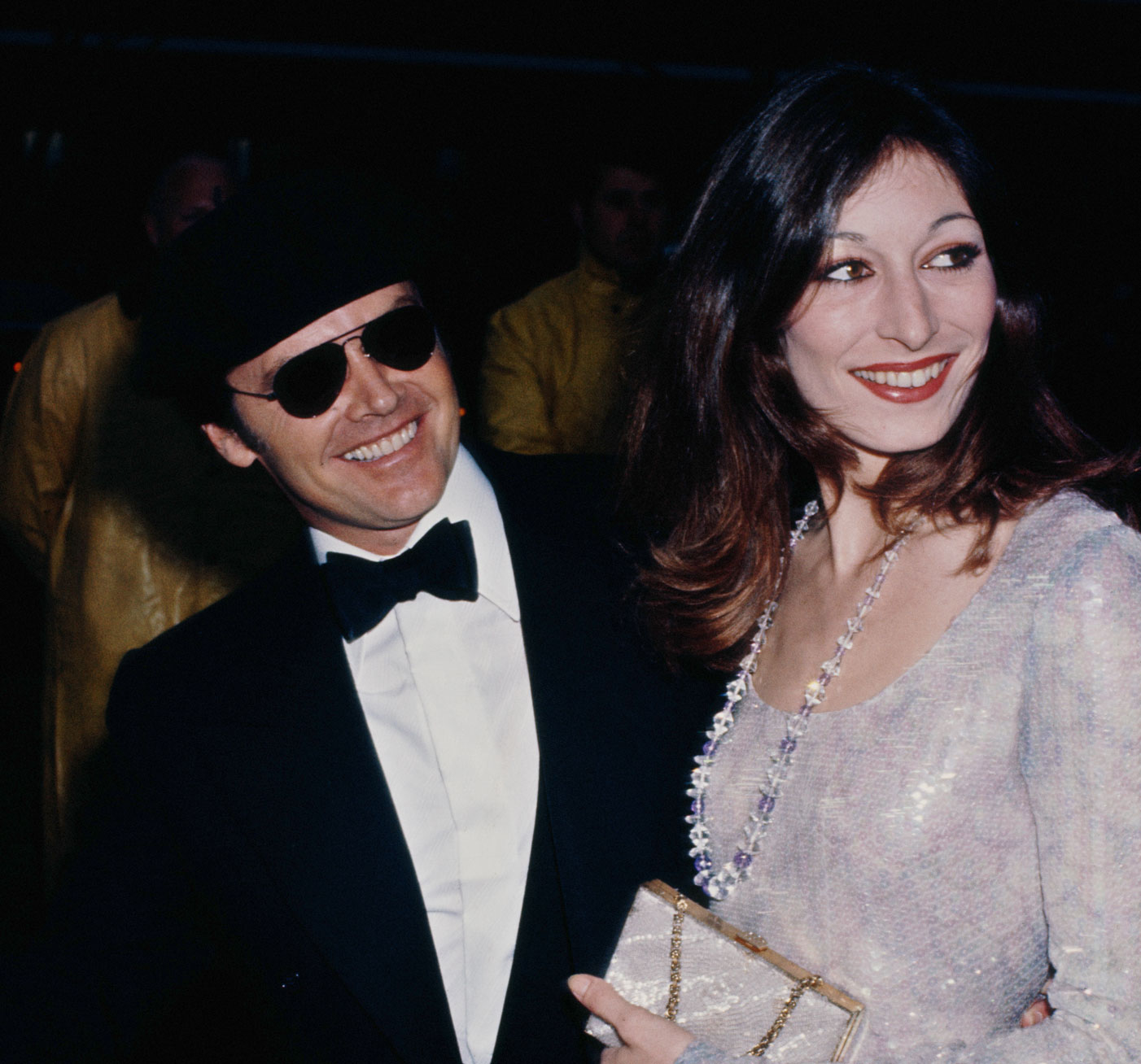 — ANJELICA HUSTON and JACK NICHOLSON attend the 47th Annual Academy Awards, WireImage (above) and Michael Ochs Archive
VIOLET GREY contributor, Lesley M. M. Blume, celebrates Hollywood’s most stylish historical moments, as encapsulated in a single photographic image, for A MOMENT IN TIME.
Many women arouse envy, but very few of those ladies also inspire near-universal adoration as well. One person who certainly falls into this rarified category: the great Anjelica Huston, muse and collaborator to some of the greatest auteurs of the modern film and fashion industries, from Halston to Wes Anderson to Richard Avedon.
Huston’s individualism, unconventional beauty, and intelligent glamour make her the perfect inaugural subject for A Moment in Time. While it was difficult to pick one picture among the countless glamorous images of Huston, we love this 1975 Oscars red carpet photograph of her with actor Jack Nicholson; the pair was then considered perhaps the coolest couple on the planet.
In the interview that follows, Huston tells VIOLET GREY about that exceptional evening (from getting ready in a mere hour to the legendary Oscars after-parties at Swifty’s), falling in love with Jack Nicholson for the first time (while admitting that she’s still a little bit in love with him), and ponders what makes a woman truly glamorous.
A Moment
In Time

Getty Images
“Well, let’s start with my dress: It was Halston, pale beige with pink iridescent sequins, like fish scales— sort of a mermaid dress. Even though I worked as a Halston model, I had gotten this dress at Neiman Marcus. The awards were on Friday, and [I bought it] on Wednesday. I don’t know why everything was so last minute. In the old days, there wasn’t this big brouhaha about what-designer-whose-jewelry-shoes-bag you wore; it was up to you to put it all together. We did our own makeup; this night would have been no exception. I usually wore very pale makeup, and my usual kohl around the eyes and red lipstick. I did my hair myself – put it in hot rollers. It probably took me an hour and a half to get ready, from bath to downstairs.
“[The do-it-yourself-approach] made for a more interesting evening because there was a real playfulness and mystery to it. You never knew how people were going to show up; the red carpet didn’t have an ordered symmetry the way it does today, where everyone shows the same amount of skin. It wasn’t about skin in those days. It was about looking like you— hopefully at your best.
“[On this night,] we went with Jack’s best friend, [record producer and film director] Lou Adler, who was escorting [model] Lauren Hutton. She was also wearing Halston, but she’d gotten it right from [the designer himself]. It had panels of rainbow chiffon; she had a suntan and she looked fantastic. I’m wearing an amethyst necklace given to me by Ara Gallant; he used to do the hair in the Dick Avedon photographs in the sixties and seventies. He was a genius. All of those wild pictures of Verushka, where her hair is blowing around and wild: that was the magician-ship of Ara. And I’m carrying a bag that was my mother’s: a little Balenciaga [with] seashells sewn on it.

GLAMOUR happens when somebody with great personal taste is very much at EASE with [him- or herself] and with what they’re wearing, without social pretense. 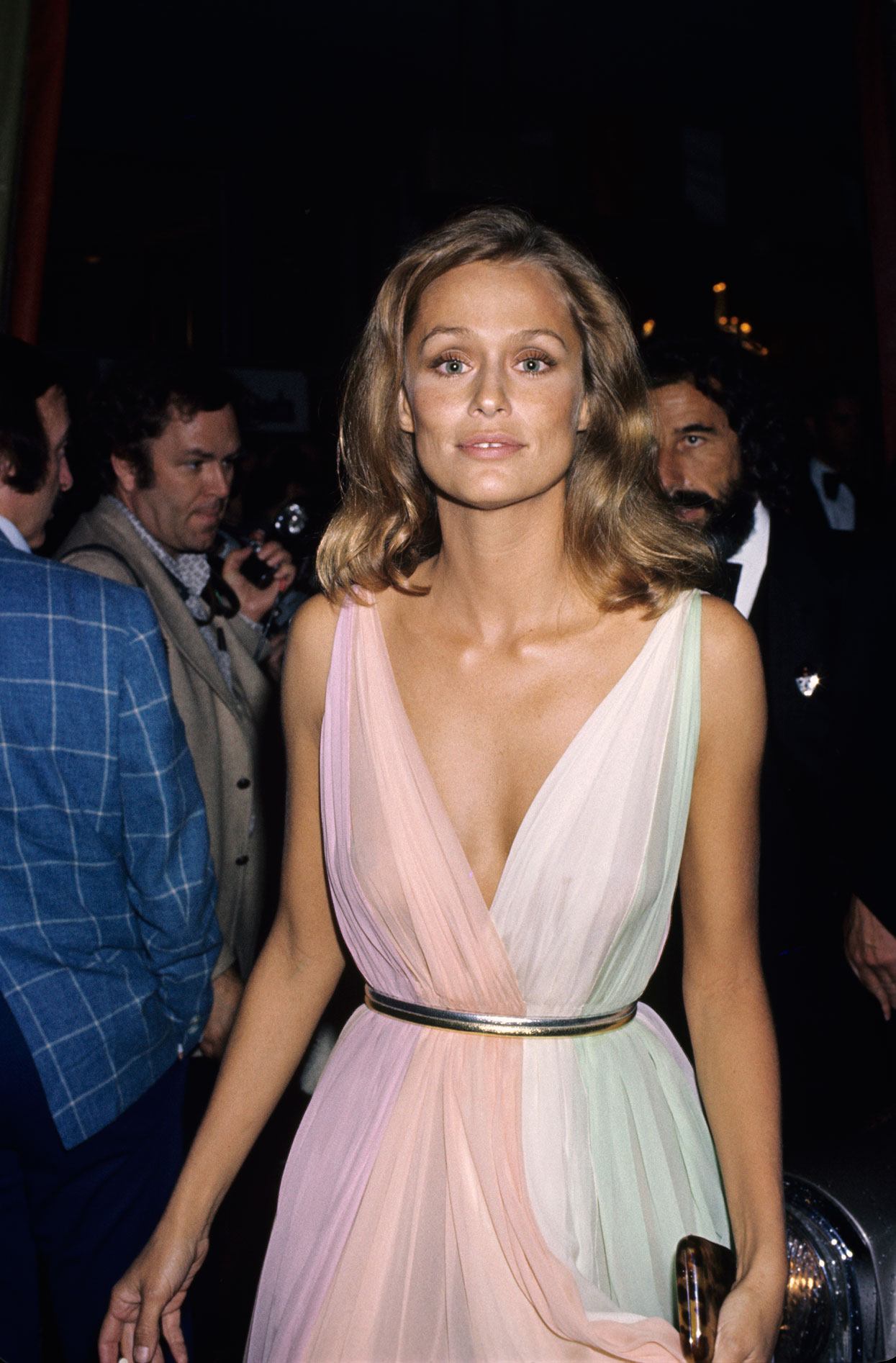 LAUREN HUTTON in Halston at the Academy Awards, © Gary Lewis / mptvimages.com
“Jack is wearing a Basque beret I gave him; I found [it] in the south of France, and he was very fond of it. This [picture was taken] pretty soon after he started wearing shades in the evening. Everyone said, ‘Oh, what’s Jack doing behind those glasses’; the implication was that he was stoned. [But] it wasn’t a pretentious act; he couldn’t stand the flashbulbs. He got headaches from the light and the flash cameras.
“That year, [the Oscars] must have been in the Dorothy Chandler Pavilion; it was a gracious, civilized room. We sat beside Fred Astaire. I think I slithered to the floor: [he] was the coolest man in film— apart from my date, that is. Charming and debonair and smart and full of laughter.
“What was happening in my own career at the time of this photo: not very much. I’d acted in a film The Last Tycoon; I’d done a film with my father, very early. The Postman Always Rings Twice was to follow this. I was going to acting classes, but I was perfectly happy not to do anything for a few years. I was new in Los Angeles after modeling in New York, and I felt I wanted to take some time off. My whole objective was a suntan.
“I was also basking in Jack’s limelight. I’d met him at his house at a party, and I fell in love with him at first sight. He opened the door of his house, and I thought, ‘Now we’re talking.’ He had the most beautiful smile I’ve never seen in my life. Later on, [former Vogue editor Diana] Vreeland christened it ‘the killer smile.’ It was this incredibly open flash of white teeth. He was devastating. Are we still in touch? Oh, yeah. Still a little bit in love? Of course. He’s one of the smartest people out there. They don’t make them like him anymore, they really don’t.
“What does it mean to be glamorous? Well, it is indefinable, but I think glamour happens when somebody with great personal taste is very much at ease with [him- or herself] and with what they’re wearing, without social pretense. And I would say originality, flavor, panache -- it’s a way of living, being, moving. It’s a character thing. What makes someone beautiful? Well, I’m going to be corny, and say it’s what goes on inside their heart. At least the people I find beautiful, I see the beauty in their eyes. Sophia Loren. Ava Gardner. Nastassja Kinski. Maria Callas. It’s about spirit.”
Ms. Huston’s remarks are part of an edited transcript of an interview with Ms. Blume.
“ ”

I did my HAIR myself— put it in hot rollers. It probably took me an hour and a half to get READY, from bath to downstairs.

In polite society, TRUE love stories never end; there is always ‘a little bit of LOVE’ left even after the goodbyes.

…he used to do the HAIR in the Dick Avedon photographs in the sixties and seventies. He was a genius. All of those WILD pictures of Verushka, where her hair is blowing around and wild: that was the MAGICIAN-ship of Ara.

—   Anjelica Huston on ARA GALLANT, hairstylist
Tweet This
Violet
Must