Scoring an appointment with celebrity esthetician Shani Darden takes luck, time, and patience. But thanks to her uniquely-gentle retinol serum, scoring her complexion-perfecting magic at home has never been easier. 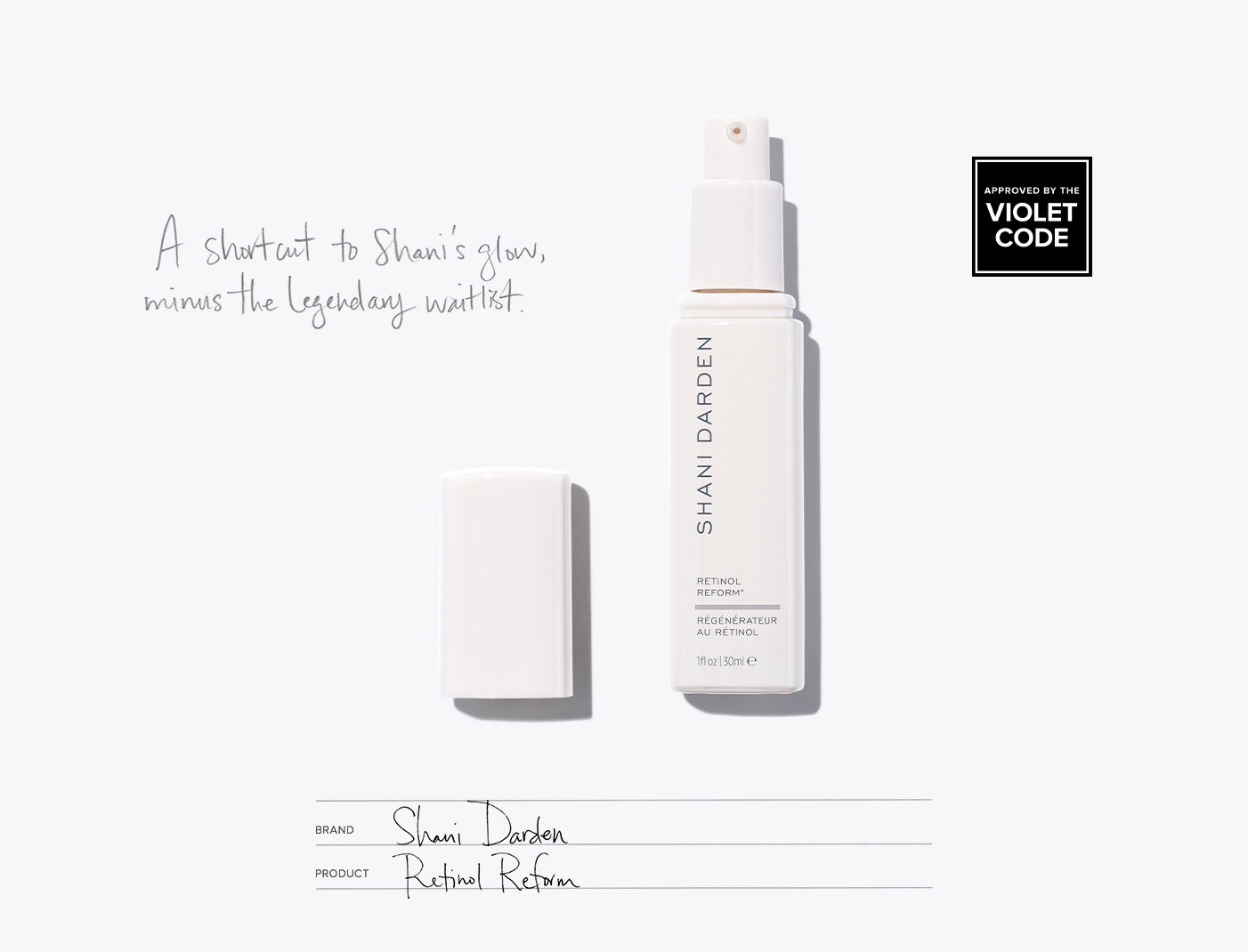 If you are a supermodel, an actress, or simply someone who wishes to be mistaken for one, glowing skin is not optional. And if you’re in active pursuit of a clear and radiant complexion, then, you seek out Shani Darden, an esthetician who tends to some of Hollywood’s loveliest faces. (Rosie Huntington-Whiteley, Kelly Rowland, and Jessica Alba are among Shani’s loyal clients.)

Just one catch: Clients do not casually schedule a facial with Shani. Instead, one sits on a waitlist for up to a year, and after one session in her talented hands, one becomes a Shani devotee for life. Because here’s the thing: Shani is really, really good at transforming even the most troubled skin. And if you ask Shani, she’ll gladly tell you that her secret ingredient — the one she swears by for acne, wrinkles, hyperpigmentation, lax texture, and basically every other complexion woe — is retinol.

Not just any retinol, though. Her own 2.2% encapsulated retinol that’s been meticulously formulated into her hero serum called Retinol Reform, whose slow release is gentler on skin to speed cell turnover and smooth without causing the usual side effects of irritation, redness, and peeling. And give a nod to aloe vera for soothing and hydrating, plus niacinamide for strengthening the skin’s surface. Lactic acid is in the mix, too, to brighten skin by lifting up complexion-dulling dead cells. The result of this nuance is signature Shani skin: plump, firm, ageless, smooth, even-toned, and clear.

The usual rules of retinol apply, of course. Start slowly, maybe every other evening or so. Hold off if you’re pregnant or nursing. Apply at night before moisturizer. To protect your refreshed skin, commit to wearing sunscreen with a religious fervor. (But you were doing that already, weren’t you?) And be patient, as Retinol Reform won’t give you brand-new, baby-soft skin overnight. You’ll see initial improvement in less than a month, with full results in six to eight weeks. But hey, look at it this way: it’s a shortcut to Shani’s legendary glow, minus the waitlist. Win-win.

“This is the best retinol I’ve ever used. After a week, I am already seeing some of my discoloration fading and my skin feels amazing. I would recommend this to everyone.” —MISHA SHAHZADA, Makeup Artist

“This retinol isn’t too active or irritating, but it makes my skin look and feel brighter and softer. I just look refreshed, and who doesn’t want that?” —CHRISTOPHER MILES, Makeup Artist

“A retinol serum that works without overdrying my skin or turning my face red, and it worked nicely with my moisturizer.”—MAI QUYNH, Makeup Artist

If you can’t snag a coveted appointment with Darden herself, this anti-aging serum is the next best thing, which is why it received the VIOLET CODE APPROVED accolade and a place on THE SHELVES.

The VIOLET CODE is a process and set of standards by which VIOLET GREY’s Committee of Industry Experts separate hero products from the tens of thousands of options available to you on the market. The result is a curation that is truly the best in beauty from those who know best.