The scientist behind The Cream—you know the one—unveils a unique anti-aging formula for hands. 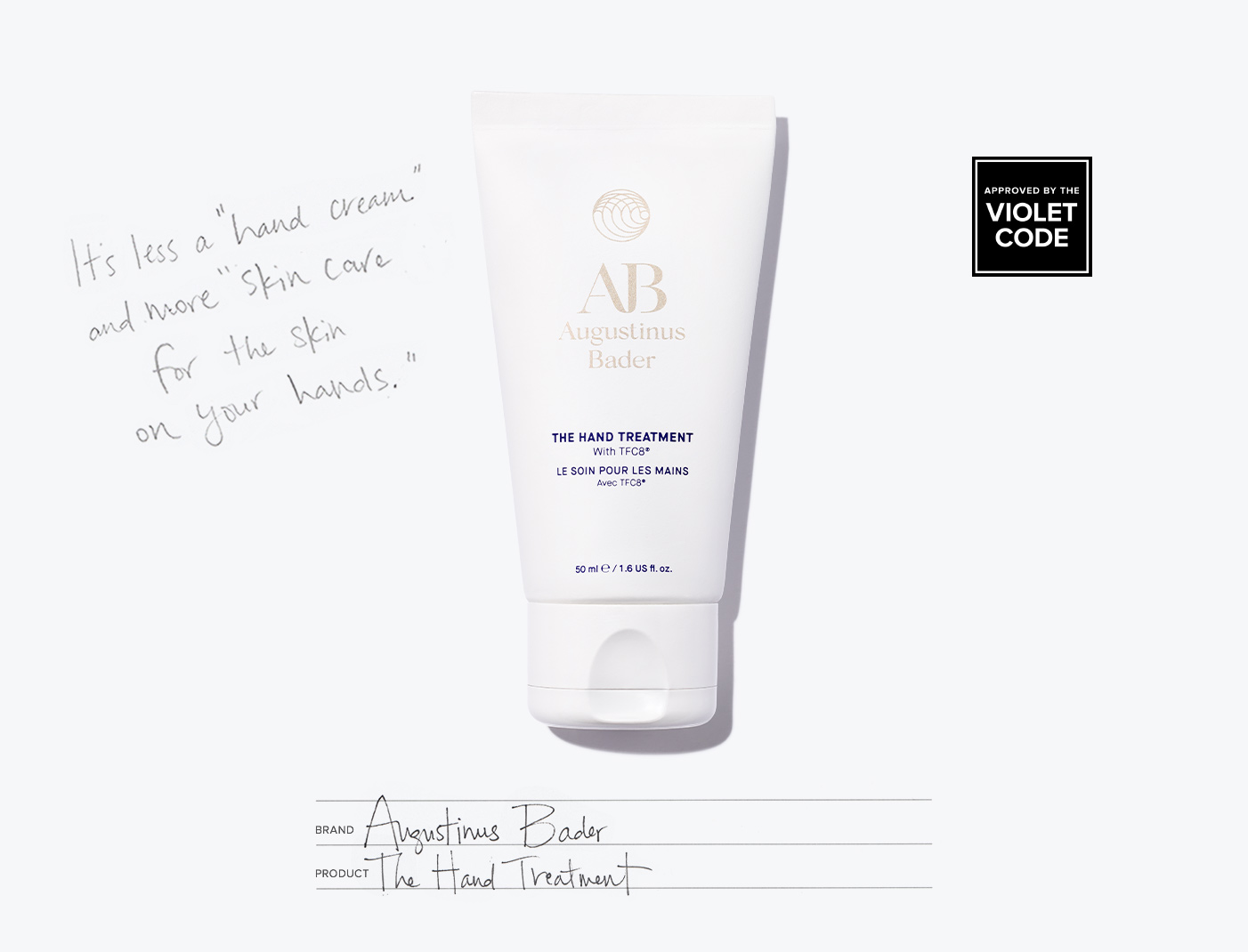 At VIOLET GREY, we feel about Professor Augustinus Bader the way the rest of the world feels about Beyoncé: deeply impressed, filled with respect, and maybe a little giddy in our fandom. Can you blame us, though? As one of the world’s foremost experts in stem cell research, Professor Bader not only works to find medical breakthroughs, he also happens to be the man behind The Cream.

You know the one: his famous face cream beloved by makeup artists, celebrities, models, and anyone else who’s witnessed its impressive skin-transforming powers. (The same goes for The Rich Cream and The Body Cream.) The formulas are known for their superior hydration powers, glow-giving abilities, and cutting-edge science. The star ingredient? Professor Bader’s Trigger Factor Complex (TFC8), a patented blend of amino acids, vitamins, and synthesized molecules that strengthen the skin barrier and usher active molecules to repair damaged cells. It is a youth-renewing compound like no other, which explains why people literally cover their entire bodies with it.

Now, that goes for the hands as well, with the debut of Augustinus Bader The Hand Treatment. Professor Bader and his team had been working on it for many months before Covid-19, but with the newfound commitment to washing hands (really washing them, more often and more thoroughly than ever) they accelerated its release. Sanitizer and soap, while essential for protecting one’s health, have the unwelcome side effect of leaving hands dry, rough, and even cracked. Since The Hand Treatment formula contains TFC8—along with moisturizing glycerin, conditioning vitamin E and shea butter—it not only hydrates, it also speeds up repair at the cellular level. It’s less a “hand cream” and more “skin care for the skin on your hands.”

Parallel to the launch of The Hand Treatment, Augustinus Bader is calling attention to medical and front-line workers during the pandemic. Its scientists quickly created a non-drying hand sanitizer formula, of which 60,000 tubes are being donated globally. Already, 20,000 have been distributed to front-line workers, on top of 12,000 bottles of the Rich Cream to soothe the irritation from wearing PPE for hours on end. It’s a noble gesture for people who truly deserve a round of applause—and now anyone can join in with expertly cared-for hands.

“We all know that hand care has become ever more crucial. I implicitly trust Augustinus Bader creams for my face and body and am thrilled that my hands are now able to receive the same amazing healing and nourishing complex.” —PATI DUBROFF, Makeup Artist

“I’d buy it for the moisture factor alone, but the smoothing, brightening, and anti-aging effects are what keep me coming back for more.” —LENA RAFF, Makeup Artist

As with every product on VIOLET GREY, Augustinus Bader The Hand Treatment reached our shelves once a minimum of 70 percent of testers deemed it a winner. At that time, we added it to our skin care edit with the Violet Code’s official stamp of approval.

Shop Now
The VIOLET CODE is a process and set of standards by which VIOLET GREY’s committee of beauty industry experts and influencers separate hero products from the tens of thousands of options available to you on the market. The result is a curation that is truly the best in beauty from those who know best.
Augustinus Bader
The Hand Treatment