A peek inside Christian Dior’s chateau with French model and actress
Aymeline Valade. 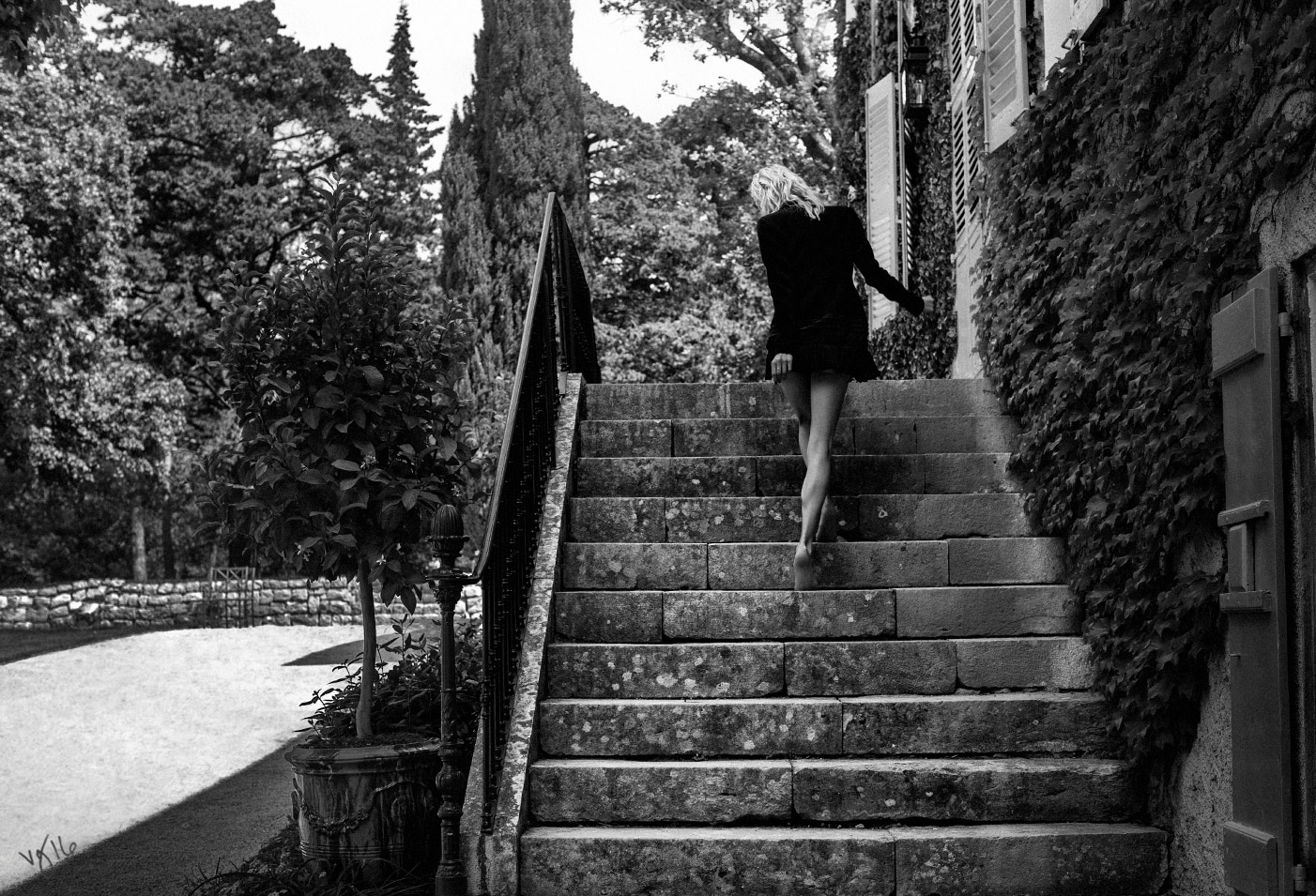 “Self-portrayal is always difficult. Wonder if one ever really knows oneself? Probably the simplest way to give an idea of my own character is to take you with me into various different houses where I have lived from childhood onwards.”

Christian Dior credited the quaintness of his birthplace (Granville, a small fishing port in Normandy) with instilling a sense of simplicity in his designs. But it was in the fragrant warmth of Southern France, near Grasse, where he found the greatest fulfillment—at Château de La Colle Noire, a grand 19th-century manor he purchased and began lovingly restoring in 1951.

The renovation of the charming chateau was one of Monsieur Dior’s most inspired pursuits (possibly even rivaling the passion he felt for his industry-altering New Look collection). The designer remodeled whole sections of the manor, and landscaped vast swaths of the 123-acre property. (The latter involved planting 150 almond trees, whose buds were first to bloom after winter, filling the still-cold air with the sweetest scent.) As he wrote in his 1956 autobiography, Dior by Dior—penned while looking out over the chateau’s “mirror of water,” a 131-foot-long pool flanked by thousands of rose, lily, and jasmine bushes—“I think of this house now as my real home, the home to which, God willing, I shall one day retire, the home where perhaps I will one day forget Christian Dior, Couturier, and become the neglected private individual again.”

Sadly, Dior passed away just one year later. The unfinished, 29-room house was bought and sold by private families, along with Dior’s personal possessions, which were dispersed at various auctions. But in 2013, Christian Dior Parfums reclaimed ownership of the designer’s beloved chateau in an effort to bring the founder’s singular vision home.

After three years of intense renovation (with the assistance of Dior’s original sketches), La Colle Noire has been completely restored. And as any visitor to the manor can attest, Mr. Dior was as meticulous with the construct of a vestibule as he was with the volume of an ankle-skimming skirt. To wit: A replica of the marble tub from which he wrote letters while bathing was installed, replete with gold swan-shaped faucets. Dior’s original rotary phone (with a button that connected him directly to his Paris Avenue Montaigne headquarters) was returned to its rightful place within the chateau office. The salon d’été—the last room Dior designed—was completed to his exacting vision, down to the last of the painted roses covering its upholstered walls. Even the kitchen, where Dior spent hours crafting dinner party menus with his live-in chef, was completely refurbished. Meanwhile, the entry hall, whose floor features a stone compass pattern (a symbol that reminded the designer of his family’s childhood home in Granville), was re-created from the couturier’s drawings.

Inspired by the estate’s grand reopening, Christian Dior Parfums has introduced an alluring new addition to its Collection Privée of exclusive scents. The rose-hued La Colle Noire fragrance was concoted by François Demachy, Dior’s resident perfumer. Upon discovering the chateau’s expansive garden, Demachy instinctively selected the designer’s favorite bloom, the May rose (also known as the rose centifolia or the hundred-petaled rose) as the heart of the new fragrance. The sophisticated blend also includes notes of sandalwood, Madagascan clove essences, and gaiac wood to offer a warm spiciness to the otherwise floral perfume.

To commemorate the occasion, The Violet Files, together with Dior makeup artist Sabrina Bedrani, photographer Alice Rosati, and French model-actress Aymeline Valade, conceived an original photo shoot to capture La Colle Noire’s newly restored splendor. And while the iron gates to the chateau remain closed to the public, the olfactive powers of the perfume might just transport all who inhale it to Dior’s slice of paradise.

Discover the Violet Files’ exclusive photo shoot at Château de La Colle Noire below, brought to you by Dior.

It is simple, ancient, and DIGNIFIED:

dignity conveys the period of

life which I am entering.

GET THE LOOK
BEAUTY CREDITS

“NIGHT is falling and, with it, infinite peace. The avenue Montaigne seems FAR away, for I have spent the day among my vines, inspecting the future wine harvest. The first STARS have come out, and are reflected in the POOL opposite my window.”