Our A to Z guide to choosing the best one for any complexion concern, from dull skin to hyperpigmentation. 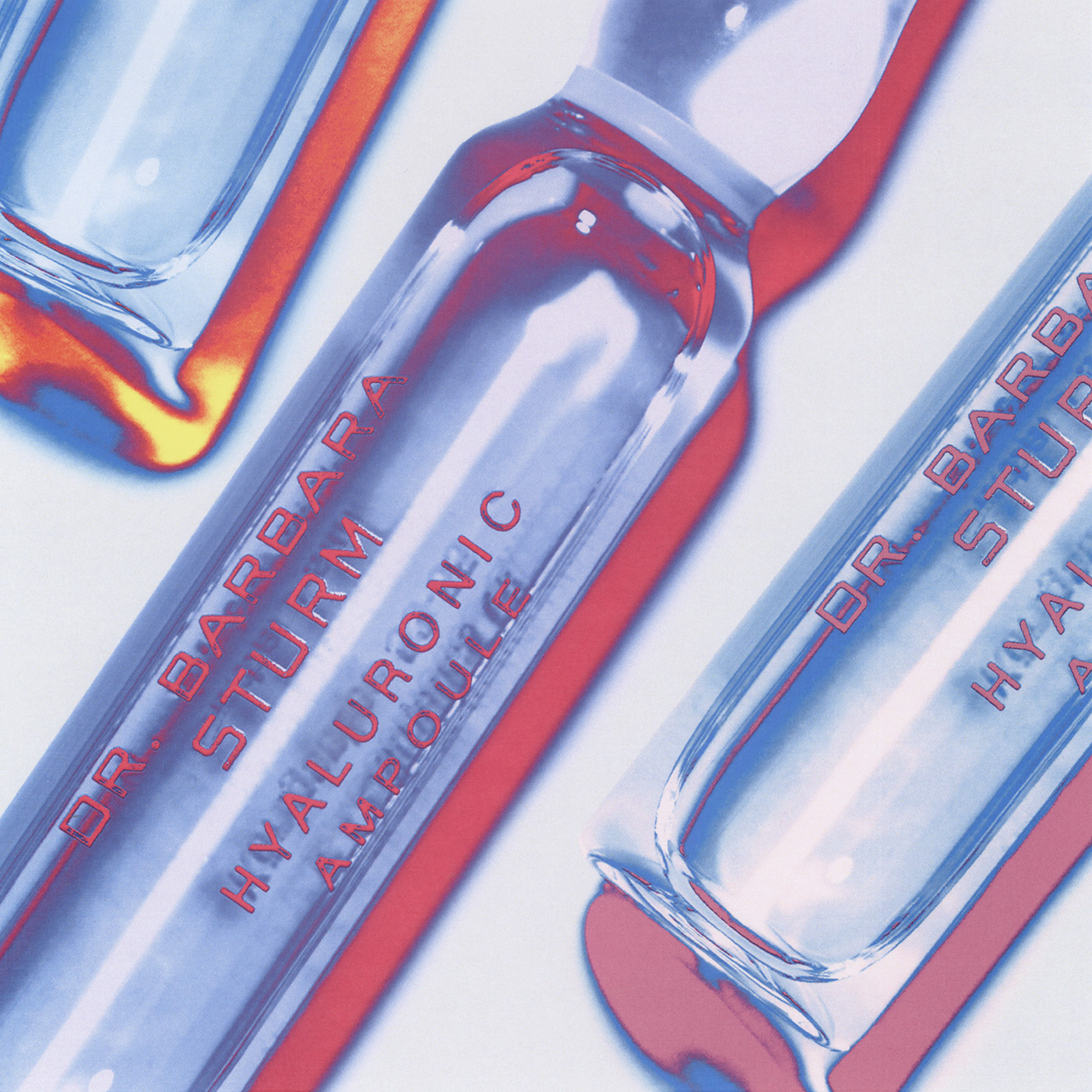 Acid. The word alone, harsh as it is by definition, can inspire a certain amount of trepidation in the skin care-buying public. But every skin care pro will attest that no one—no matter what your skin type—should be dissuaded by the a-word. With that in mind, we asked a dermatologist and two top estheticians to break down the hows, whats, and whys of an array of oft name-checked acids. Consider this your cheat sheet for determining which one your complexion will respond to the best.

SO, WHAT ARE THEY EXACTLY?

Human skin, by nature, is acidic. “It has something known as an acid mantle shield and when that’s disrupted, and the pH of the skin [it’s naturally around a 5.5] becomes alkaline, the skin becomes immunologically unstable,” says Beverly Hills dermatologist Dr. Harold Lancer. And for acid-based products to have the desired effect, the pH has got to be just right—the sweet spot is between 3 and 4. But, as Lancer points out, many skin care items emblazoned with the word acid are not substantive. “The cheap products of the world are easy to make and synthesize and are just barely acidic,” he explains. “They’re close to alkaline so they’re not very functional.” Since skin care labels rarely print pH you have to rely on feel—that means it should tingle slightly upon application—and brand trust.

WHAT CAN THEY DO?

More like, what can’t they do? “Acids can help deal with just about any issue, removing built-up skin cells that clog pores, and cause breakouts, dry or dull skin,” says Jordana Mattioli, a medical esthetician at Complete Skin in New York. And as we age and our skin is exposed to more natural environmental damage, its ability to turn over new cells slows down dramatically—and acids become more critical than ever. “They’re incredible important in terms of primary exfoliation, primary cell metabolism increase and rate, and normalizing skin cell repair mechanisms,” adds Lancer.

ACIDS A TO Z

This family of acids (glycolic, lactic, mandelic, and citric are all offspring) are generally best suited for normal and dry skin, and may even be cultivated from natural sources.  “They exfoliate the surface and improve the moisture content of the skin,” says Mattioli. While they work wonders on improving skin tone, just don’t expect them to do any heavy-lifting for deep lines or wrinkles.

The most widely researched of the Vitamin C acids, ascorbic acid is an antioxidant with potent skin brightening properties. “I think everyone should be using a vitamin C,” says says L.A.-based esthetician Kat Rudu. “It’s powerful in its ability to reverse damage, bind the skin, and stimulate collagen.” The key, she says, is finding a formula with the right combination of supporting actor ingredients (she likes it in combo with ferulic acid, Vitamin E, jojoba oil, or hyaluronic acid) so it performs at its peak.

A lighter acid that occurs naturally in grains like barley, rye, and wheat. “It’s great for inflammatory conditions like rosacea, acne because it reduces bacteria on the skin, and for unclogging pores,” says Rudu. A bonus: azelaic also functions as an antioxidant.

A powerful plant-derived antioxidant, this acid also enhances the efficacy of other topical antioxidants. Rudu is so smitten with the stuff she has it in almost all her products. “It straightens the cellular matrix in the skin, hydrates and plumps, and it’s such a powerful antioxidant,” she says. “I’m so in love with this acid… I just wish more brands formulated with it.”

If acids were qualified by superlatives, glycolic would easily earn the most popular tag. It also happens to be the most researched. Derived from sugar or made synthetically, it’s small in molecular size, but mighty in its potential. “It works not only as an exfoliant but also increases your skin’s natural supply of hyaluronic acid, which makes it a humectant too,” explains Mattioli. “Glycolic also stimulates fibroblasts to produce collagen and causes MMPs [enzymes activated by UV exposure] to degrade.” Glycolic is tolerated by most skin types, but the super-sensitive should do a patch test first.

The one-size-fits-all acid. “For hydration and plumping it’s heaven sent,” says Rudu of the magically moisturizing acid that can hold up to a thousand times its own weight in water. “It’s skin restoring and skin replenishing, it has additional antioxidant benefits, and it’s great for all skin types including the acne-prone,” adds Mattioli.

The fermentation process that produces sake also brings us a hugely beneficial byproduct: kojic acid. “An antioxidant and excellent brightening, it’s a great alternative to hydroquinone and works by limiting the skin’s production of melanin,” says Mattioli, who adds that it’s often used in tandem with other alpha hydroxyl acids in peels at your derm’s office.

Another AHA, lactic acid is actually released by our muscles during exertion. “In skin care, lactic acid can be made from the fermentation of milk, fruit or synthetic sources,” says Mattioli.  Slightly weaker than most acids, it’s great for sensitive skin types or those with rosacea. For an instant glow, Mattioli loves a low-strength (“they can range from 5-50%, while at-home use will be up to 10%”) lactic acid peel.

If acne is an issue, but your complexion winces at the thought of saliciylic acid, mandelic is a worthy alternative to consider. A capable antioxidant in the AHA family that is naturally derived from almonds, it helps to address hyperpigmentation and has been cropping up lately in Asian skin care products.

According to our experts, retinoic acid reigns supreme. A form of Vitamin A naturally found in animals and humans, it’s called transretinoic acid in prescription products like Retin-A and isotretinoin in oral products like Accutane. “There are hundreds of types of derivatives from Vitamin A compounds and most companies will include some form of them in anti-aging products because we have so much research and data showing they work really well,” says Mattioli. “Retinol is probably the most popular retinoid because it deactivates an enzyme that breaks down collagen, improves skin moisture, and increases cell turnover.” Both Lancer and Mattioli agree that everyone should be using some form of vitamin A—“start out with an OTC version because not everyone will always need to jump to the RX,” adds Mattioli.

When used properly in the right concentration and formulation, anti-bacterial salicylic acid is essential for controlling acne, unclogging pores, and tapering oil production, according to Lancer. Mostly made synthetically, salicylic can also be found in natural sources like willowbark. Besides being a powerful blemish fighter, salicylic is also a strong anti-inflammatory that can calm and relieve redness.

To yield the best results and lessen the chance for potential irritation, acids should not be applied with a more-the-merrier approach. Lancer suggests avoiding bottom-dollar acid products and, particularly if you have reactionary skin, being brand loyal. “When you start mixing different products from different brands, the chemistry can become all wacky,” he explains. But there are some acids that have a proven strong symbiotic relationship. Mattioli likes mixing alpha hydroxyl and salicylic acids—“They both work on the skin surface but salicylic acid also gets into the lining of the pore so I often recommend using salicylic on your T-zone and AHA everywhere else,” she says—while Lancer loves the combination of Vitamin C and a retinol, or glycolic and lactic acids. But before doing any cocktailing, seek out the advice of your dermatologist or esthetician, or, at the very least, conduct patch tests pre-slathering.

Another idea: instead of layering your acids, separate when you use them. “You can use one active acid in the morning and another at night,” says Mattioli. “For example, someone with acne might use a salicylic acid in the morning and a vitamin A or retinoic product at night.” If you’re hesitant about incorporating acids, a wash can be an ideal gateway product since they sit on the skin only briefly. But for maximum benefits a serum, moisturizer, or at-home peel will yield the best results.

Famed New York facialist Georgia Louise is always on the cutting edge of skin care treatments, so it’s no surprise that she was the first esthetician to get her hands on Sculplla, the so-called Korean face-lifting surgery mask, whose main ingredient is poly-L lactic acid (PLLA). “PLLA is a synthetic polymer in the AHA family, that was recently approved by the FDA for lipoatrophy, but has been used for years in Europe as injectable filler for fine lines and wrinkles,” says Louise. “Our Filler Mask uses the same concept of the active ingredient PLLA but in topical form, which, combined with the Hydrogen Mask (which is 176 times more anti-oxidative than Vitamin C) creates a deeper penetration.”

And the non-invasive treatment mask has an immediate and dramatic effect: brightening, blurring lines and plumping the skin. Louise is using the acid-based mask as a stand-alone 30-minute Face Filler Facial or as an add-on to her bespoke facials—she especially touts the benefits of using the mask after microneedling. For five months of results, book three consecutive weekly treatments.