SHARE THIS
THE VIOLET FILES
FILED UNDER
Artist Profile

The makeup artist is building a beauty empire, one “feline flick” at a time.
Written By Evelyn Crowley 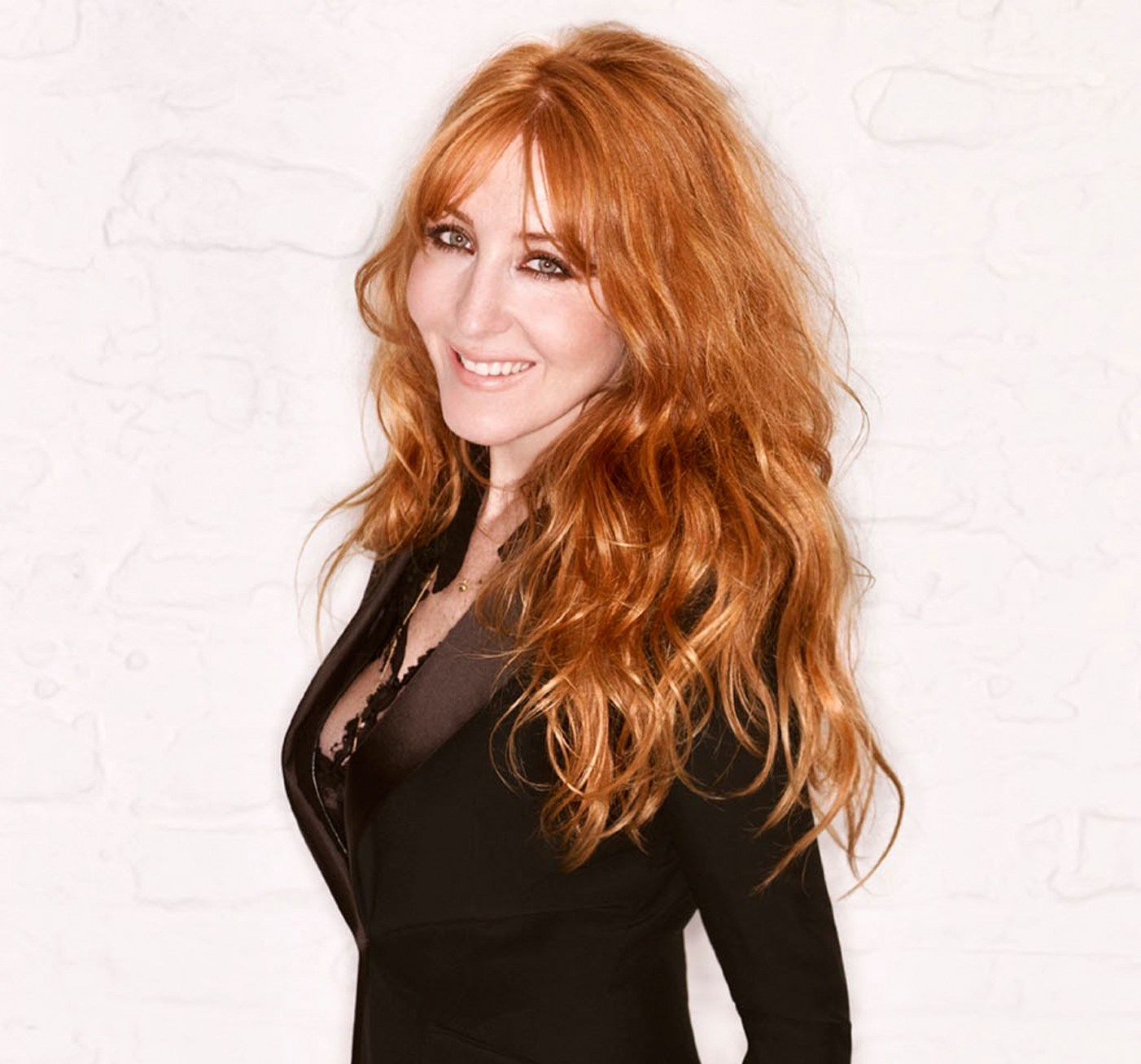 Makeup artist Charlotte Tilbury likes to tell the story about how lashes changed her life. It was her first Christmas break home from boarding school. She was 13 years old and had begun wearing mascara while away. As a natural redhead with pale lashes, a single coat could alter her appearance dramatically. Back in Ibiza, where her British expat parents lived, her new look was met with instant fanfare. Family friends she’d known for years suddenly began paying her compliments. Boys who used to ignore her now jockeyed for her attention. For the first time in her life, she felt pretty.
Thus began Tilbury’s romance with makeup, and it’s proven a remarkably fruitful union. Over the course of her 20-year career, she has become one of the most renowned makeup artists in the industry. Her work appears regularly in the pages of publications like Vogue, W and French Vogue; on the runway of designers including Tom Ford and Donna Karan; and in ad campaigns for the likes of Versace, Burberry and Chanel. There’s also her YouTube channel, which features video tutorials on looks like a nude lip, bronzed-goddess skin and her signature, the feline flick (a light-handed cat eye with a winged outer edge), as well as her eponymous makeup and skin-care collection. The latter, which she launched internationally this year to widespread acclaim, includes her patented Magic Cream (a rich moisturizer she’s been whipping up for family and friends, like Kate Moss, for years) and a selection of kohl eyeliners for creating a sooty, Tilbury-esque statement eye at home. “It’s all about easy-to-choose, easy-to-use products,” she says of the line. “The artistry is in the [formulas] themselves.”

When not on the clock (an increasingly rare occurrence), Tilbury can be found at home in the charming Notting Hill townhouse she shares with her husband, film producer George Waud, and two young sons, Flynn and Valentine. Occasionally, she’s known to indulge in a girl’s night with supermodel friends like Naomi Campbell, Cara Delevingne and Moss. On such outings, Tilbury’s easy to spot — she’s the glamorous redhead who is always in a pair of her trademark stilettos and at least two coats of mascara.

Liberty Ross
NECESSARY INDULGENCE
Vintage Champagne and honeycomb ice cream.
MUSE
From a young age I had sprawling posters of icons like Brigitte Bardot, Elizabeth Taylor and Marilyn Monroe on my bedroom walls. I used to study their faces and learn from their beauty DNA. Similarly, my shelves were lined with reference books of the silver-screen icons — Audrey, Marlene etc. My entire [beauty and skin-care] collection is centered on past and present icons who inspire me, from Kate Moss and Brigitte Bardot for The Rock Chick, to Penélope Cruz and Sophia Loren for Bella Sofia.
DRUGSTORE DISCOVERY
I swear by Vaselina. It’s smooth and rich in oil, providing the perfect base for lipstick. I buy it in bulk from Ibiza every summer. Bioderma Micelle water — it removes makeup in an instant.

Kate Moss
ANTI-AGING STRATEGY
I take incredibly good care of my skin. I wear an extremely high factor in the sun — Institut Esthederm SPF 50 is divine and doesn’t irritate my pale skin. Sun is beauty suicide. I start every day with my Multi-Miracle Balm and a Clarisonic. It’s a genius balm that not only rigorously cleans the skin, but also lifts, plumps, hydrates and smooths out wrinkles. You can also use it as an overnight face mask; it works wonders if you’re tired, dehydrated or hungover. I follow this mini-facial with my famous Magic Cream. I swear it can cure any skin crisis — it really has a touch of magic in it. That said, I believe that age is a state of mind. I am forever young!
MIRACLE-WORKER
My incredible Goddess Clay Mask (launching 2015). After using it, I look pore-free, refined and refreshed. It gives you baby-soft skin.
FACIALIST
I see Dr. Nigma Talib, an incredible naturopathic doctor, for regular facials and homeopathic advice. I take lots of homeopathic drops to maintain my skin and body health.
CAN'T MAKE IT THROUGH THE DAY WITHOUT

My husband, George, and two gorgeous boys, Flynn and Valentine. I am never seen without the Bella Sofia look. Homeopathic drops. A full English breakfast.

BEST NIGHT EVER
I have too many amazing nights to pick one. Life has many more in store for me. That’s what makes it so exciting!
PLAN B
There is no plan B. I make up my own destiny.
FINISH THIS SENTENCE: "BEAUTY IS..."
...empowering, and makeup is magic.
5 PRODUCTS ALWAYS IN MY MAKEUP KIT
Magic Cream — I never start makeup without it. You can’t have a beautiful painting without a beautiful canvas. Wonderglow — this has breakthrough Fluorescent Core Technology, which re-emits natural light through the skin for a lit-from-within effect. I call it Gisele in a Jar. Full Fat Lashes — I’m a mascara obsessive, and this ticks all boxes, creating full, sumptuous Bambi lashes in a few flicks. Tweezerman tweezers — because eyebrows are the pillars of the face. Q-tips — these are essential for perfecting a feline flick. Eye drops — to refresh and revitalize tired eyes in seconds.

Charlotte tilbury on
the shelves

ART OF THE WEEKEND